Run with purpose,
finish with Pride.

Marine Corps Marathon Organization conducts a series of running events, showcasing physical fitness and generating community goodwill in order to promote the high standards and discipline of the Marine Corps. Annually ranked as one of the largest marathons in the US and the world, the MCM has been recognized as "Best Marathon in the Mid-Atlantic," "Best for Families" and "Best for Beginners." Runners from all 50 states and more than 60 countries participate in the MCM and an annual calendar of events including the Marine Corps Historic Half in Fredericksburg, VA in May and the MCM Event Series conducted aboard Marine Corps Base Quantico. Organized by the men and women of the United States Marine Corps, the MCM is the largest marathon in the world that doesn't offer prize money, instead celebrating the honor, courage and commitment of all finishers.

The MCM offers a variety of distances, challenges and unique experiences to #RunWithTheMarines throughout the year with events hosted in Arlington County, Fredericksburg, Prince William County and aboard Marine Corps Base Quantico. 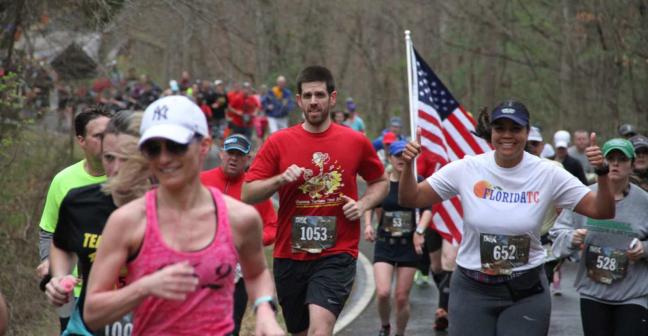 Want to run the MCM? All finishers in the Marine Corps 17.75K earn a guaranteed entry into the MCM. The 17.75K distance reflects the year the USMC was founded. 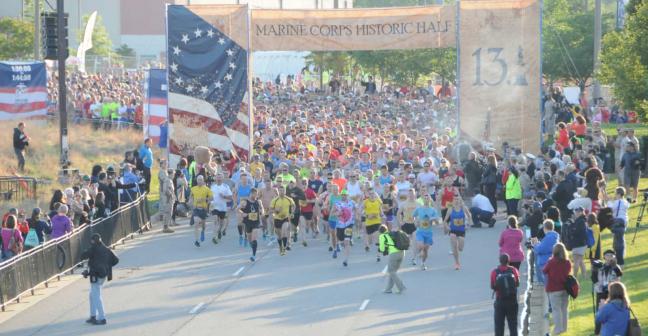 13.1 Reasons to Run the Historic Half

If you’re contemplating participating in a full marathon or just ramping up to a new distance, here are 13.1 reasons why the Marine Corps Historic Half is a great primer or an ideal stand-alone distance. 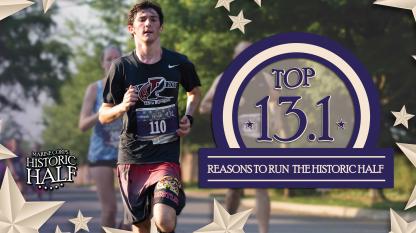