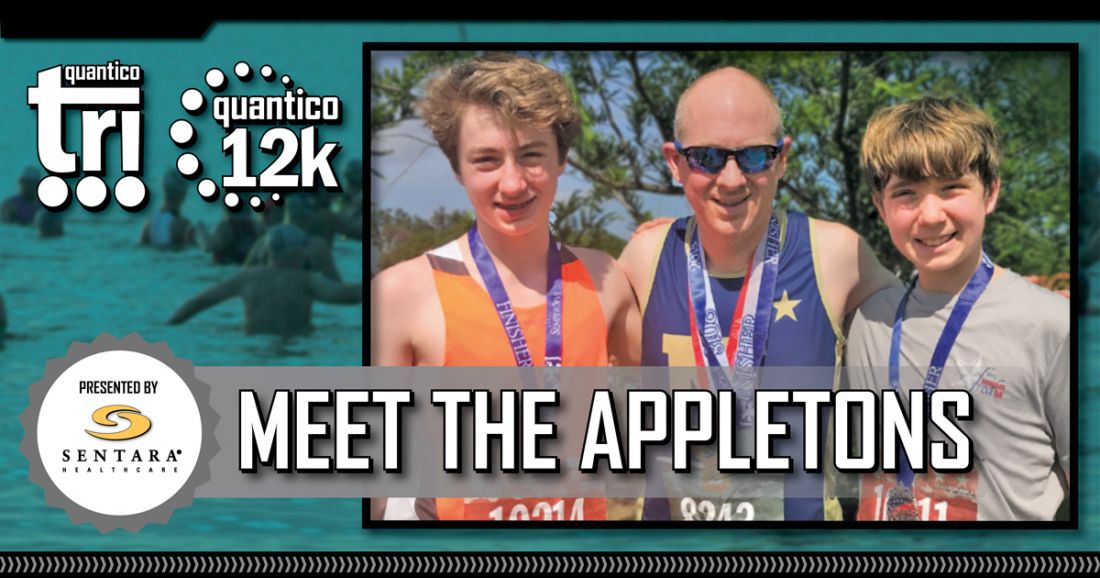 Andrew Appleton exceeds his age bracket by running the Quantico 12K in search of earning the exclusive MCM Distinguished Participant medal. At the age of twelve, Andrew has run many MCM events with his family starting from when he was nine years old. Andrew’s athleticism at such a young age is an inspiration and showcases the success of the MCM Next Generation Inspiration Initiative.

Andrew hopes to follow in the footsteps of his older brother, Matthew, 14, who won his age division in MCM running events in 2013 and 2018 and has received the coveted Distinguished Participant medal. Matthew will be running the Quantico Tri and is an accomplished competitive swimmer and cross country athlete. He is in prime condition and ready to compete in the Tri thanks to his two-a-day training sessions of running and swimming, and his new tri suit and bike.

“I really like running with the Marines because I know that we have a history of Marines in our family, so I like seeing them and they motivate me,” shares Andrew.

There is nothing stopping the Appletons, as they train together as a family and push one another to be better.

Andrew and Matthew’s father, Robert, will also be running the Quantico 12K. Robert is a former Marine Corps Major who now works as a civilian for the Department of the Navy as an engineer. Robert’s connection to the Marine Corps does not stop there, as his father was a MGySgt; grandfather was a First Lieutenant at Iwo Jima, who was promoted to Captain in Japan where he continued to serve during the occupation; and grandmother was a Corporal, who served at Camp Lejeune during the war.

Robert ran his first Marine Corps Marathon in 1993 and the entire Appleton crew started to participate in MCM Event Series in 2009 when his wife, Julie, ran in the Historic Half in Fredericksburg, VA. “I’m a former Marine and to have such a huge race sponsored by the Marine Corps in my hometown, I thought there’s no way I couldn’t be a part of it. And then as my boys started to get a little older, I started to get them involved in the running events.”

Over the years, only twenty people under the age of twelve have received the MCM Distinguished Participant medal. Andrew is on track to join this exclusive group with his brother and father.

Sentara Healthcare in Northern Virginia is proud to be the exclusive healthcare sponsor of the 2018 MCM Event Series and looks forward to meeting the Appletons and all the Quantico 12K and Quantico Tri participants at the Sentara tent in the finish area. To learn more about local Sentara Healthcare services, visit Sentara.com or call 1-800-SENTARA.

My Health. My Community. #MySentara.