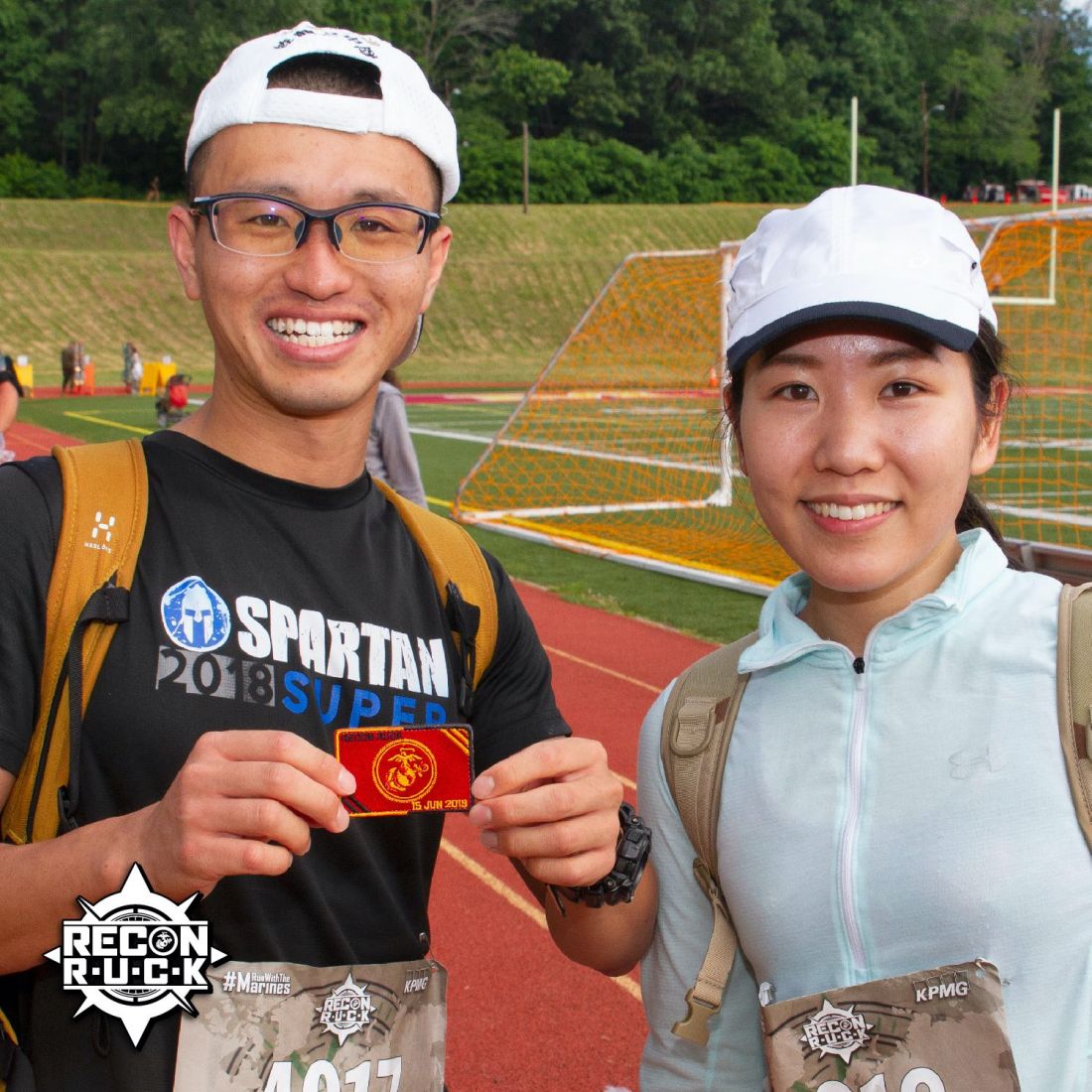 Shinichi and Mitsue Hirao are the definition of a power couple. When the Marine Corps Marathon Organization (MCMO) introduced its new event, the Recon Ruck, in 2019, the Hiraos thought jumped at the chance to try what they thought was going to be the hardest but most exciting MCMO event in the series.

“Carrying a rucksack while running on a trail course for 12 miles looked very tough and actually it was, but it also looked appealing to both of us,” said Shinichi.

The couple was ultimately crowned the male and female Recon Ruck champions establishing the course records. Shinichi finished in one hour, 28 minutes and 13 seconds, with Mitsue following closely with a time of 1:56:23.

The couple met in Tokyo in 2015 when they were working for the Japan Self-Defense Force; Shinichi on the ground team and Mitsue on the air team. They got married the following year on New Year’s Day and have been running together since.

While Shinichi has been running since he was in college, Mitsue started in 2016 while an officer in the Japan Air Self-Defense Force. She was captain of roughly 20 sergeants and privates who ran together and has them to thank for her stamina. Her running strengths lie in pushing through the pain but she admits her weakness is hills.

“My motto is ‘endurance makes you stronger,’” explained Mitsue. “I don’t like hills, so paradoxically, I run in hill courses a lot to overcome them.”

Training for the Recon Ruck included running with a rucksack in hilly Charlottesville for almost five months. As the weeks passed, they increased the distance as well as the weight of the rucksack. By the date of the event, Mitsue was running more than 12 miles with a 10lb rucksack and Shinichi was doing the same with 20lbs.

When he was exhausted in the middle of Recon Ruck, Shinichi remembered the philosophy he lives by: “Pain is temporary, pride is forever.” For him, it was an honor to #RunWithTheMarines and that was enough to keep him motivated to the finish line.

“Competing against the Marines is exciting and [that phrase] energized me during and even after the race,” said Shinichi.

“I am so proud of winning this race, not only because it was the first Recon Ruck, but also because of the great Marine Corps War Memorial (Iwo Jima monument). I think it is so cool, as a Japanese, to see the monument, seven decades after the bloodiest battle in the island,” he continued.

The two plan to compete in their very first Marine Corps Historic Half in May and the Marine Corps Marathon in October and have already started training.

Registration for the Recon Ruck, Belleau Wood 8K and Quantico 12K is currently open. In addition to the live versions of these events on August 22, virtual options are available. Runners can also sign up for the virtual-only DIY Run Amuck and the virtual inaugural Marine Corps Duathlon. Participants can still complete the Crossroads Challenge by running the live or virtual Belleau Wood 8K or the Recon Ruck and participating in the DIY Run Amuck. More information on the MCM Event Series can be found here.