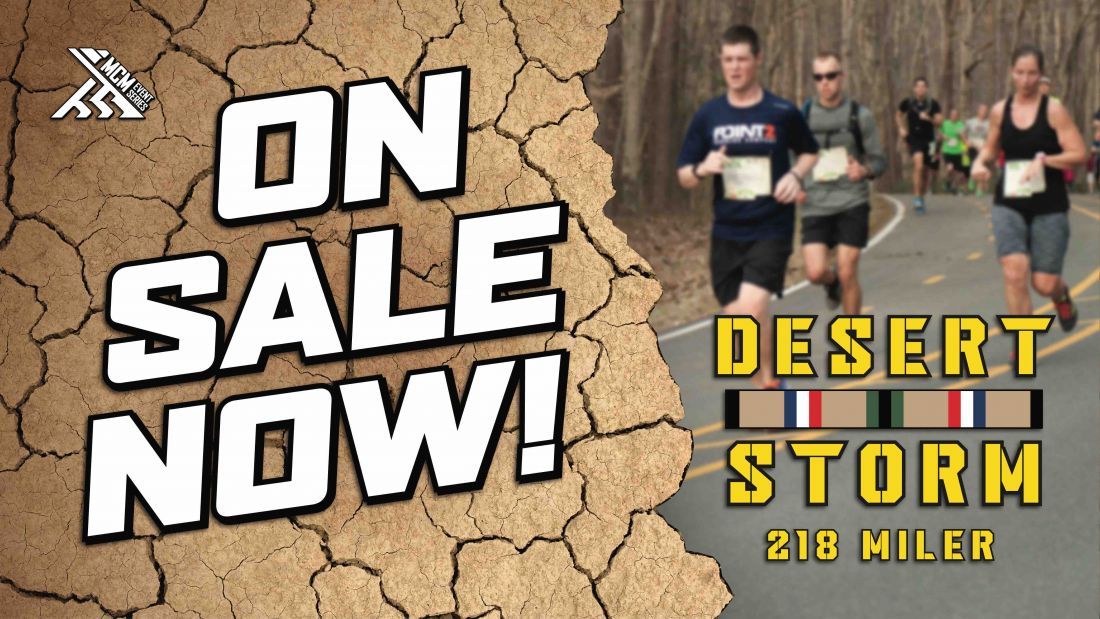 After the Iraqi invasion and occupation of Kuwait, the United Nations (UN) Security Council demanded withdrawal by January 15, 1991. Otherwise, Member States would be authorized to ‘use all necessary means’ to expel Iraqi forces from Kuwait. On January 16, 1991 when the deadline passed with no action from Iraq, President George H. W. Bush announced the start of what would be called Operation Desert Storm.

Under the command of Army Gen. Norman Schwarzkopf, warplanes from the U.S.-led alliance of two dozen nations and more than 900,000 troops—the largest coalition of allied nations since World War II—flew over Kuwait early on January 17, 1991, signaling the start of the Gulf War, which ended Iraq's occupation six weeks later.

In honor of the 30th anniversary of Operation Desert Storm, also known as the liberation of Kuwait, the Marine Corps Marathon Organization (MCMO) will host the virtual Desert Storm 218 Miler. Runners ages 10 and up will have the opportunity to complete 218 miles—the approximate distance the Marines covered upon arrival between the main airport in Al Jubail, Saudi Arabia to the middle of Kuwait City. This trek was made from January 17 to February 28, the date the U.S. and coalition troops finally forced the Iraqi army out of Kuwait.

Individuals or teams of runners may complete the 218 miles during the same window of time, logging in the incremental distances. A map of the region will graphically display progress as well as display progressive standings. There is no limit to the number of members on a team. Learn how to create a team.