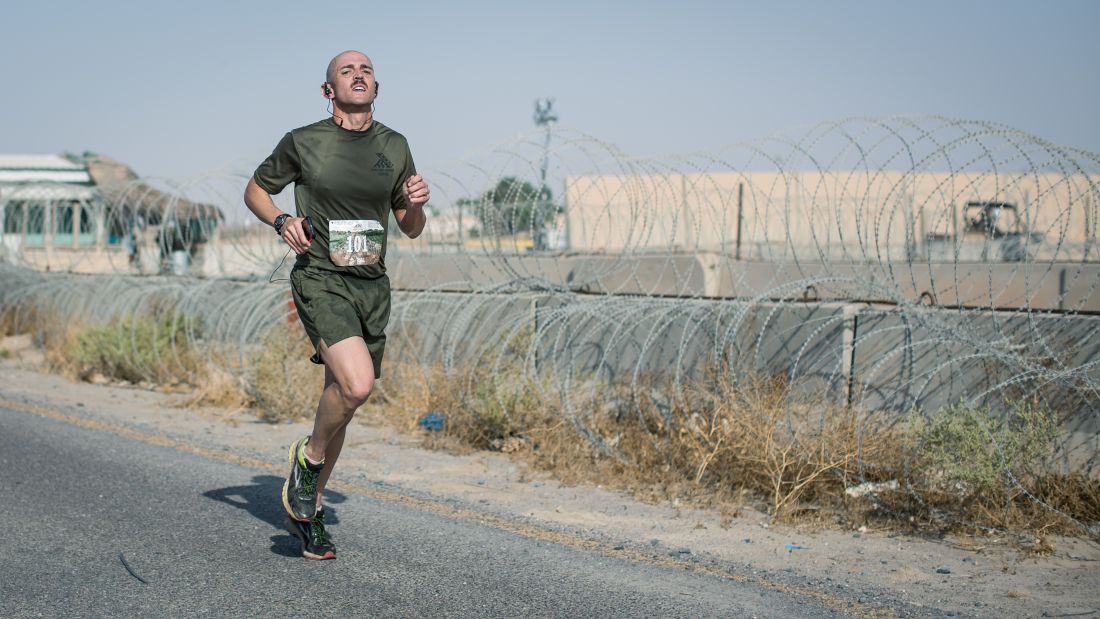 While thousands will participate in the 42nd Marine Corps Marathon in Arlington, VA and throughout the nation’s capital on October 22, hundreds will run MCM Forward while deployed overseas.

Since 2006, MCM Forward has been held on Marine Corps and joint military bases, and on U.S. Navy ships deployed worldwide.

This year, MCM Forward will occur in at least nine locations in the Middle East, Africa and Western Europe. Some of the areas include Iraq, Jordan, the UAE and Portugal.

Rather than running alongside our nation’s grandest monuments and memorials, MCM Forward participants will face rocky terrain, desert sand and wind, and even high temperatures to complete the 26.2-mile marathon course.

Active duty members of all services will participate along with civilian contractors and those supporting American military missions.

MCM Forward began as an event held for deployed service members in Iraq with Maj. Megan McClung leading the charge as the first race director of MCM Forward in October 2006. McClung, a Marine Corps Public Affairs officer, was killed that December along with two fellow Soldiers serving as media escorts.

McClung’s memory lives on each year at the MCM in Arlington, VA as the Penguin Award is presented to the final Marathon finisher. Known for being a great motivator of every runner, even the very last to finish, McClung presented a stuffed Penguin from her home state of Washington to the final MCM Forward finisher.

As an ongoing tribute to our dedicated service members, the Penguin Award will be presented to the final official finisher of the 42nd MCM on the U.S. Marine Corps War Memorial at 3:10 p.m.