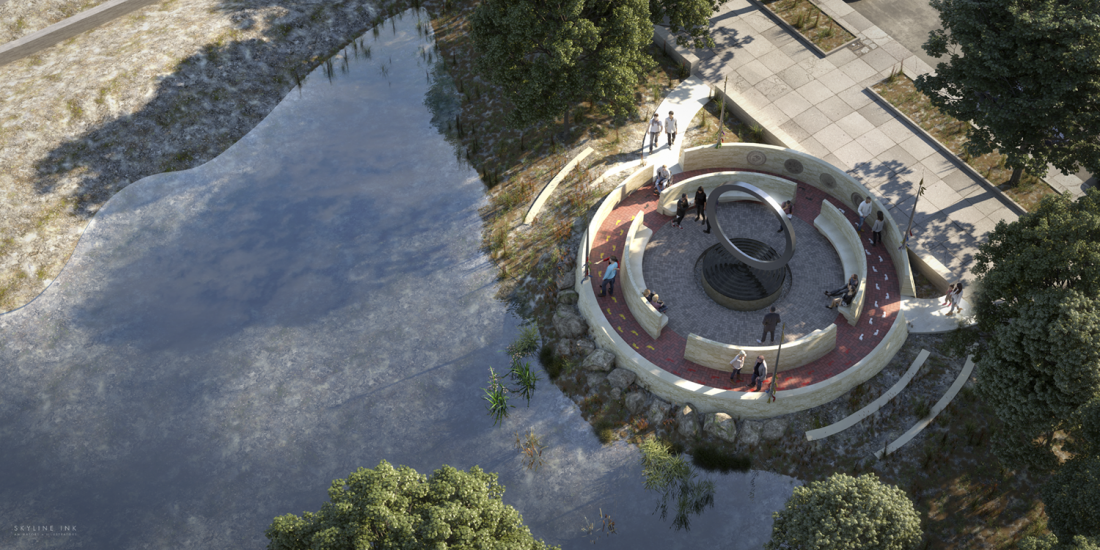 When a panel of Native and non-Native jurors selected the finalists in the competition to design the National Native American Veterans Memorial, they did not know that Harvey Pratt was a Native American veteran. That history, however—his growing up as a citizen of the Cheyenne and Arapaho Tribes, in a Southern Cheyenne family with a long warrior tradition, and his serving in the Marines in Vietnam—shaped his design, which has now been chosen for the memorial.

Harvey Pratt was born in 1941 in a small town near Oklahoma City. In 1962, he enlisted in the Marines. He served in the Third Marine Division Military Police in Okinawa, then in security and air rescue with Charlie Company Third Recon Battalion at Da Nang Air Base in Vietnam.

“Growing up,” Pratt says, “we danced at powwows. We were taught to respect the warriors and the veterans coming home. When I came back from Vietnam, they had a ceremony for me. They had a dance for me. They fed the people. They had a giveaway and told stories. They gave me a song and purified me. They cleansed me so that I could be back among the people. That’s something we’ve been doing forever.”

Pratt makes clear that he wants the memorial to be a place where people can give veterans the same respect and honor, and where veterans and their families can experience healing and comfort.

“This can be a place of power, a place where Native American people follow their ceremonies. Where people come and bless this land, bless the water. Where they tie a prayer cloth, sit, and meditate—think about their relations, their husbands and wives, their brothers and sisters, their children. A place where veterans come and tell a war story. Where others come to recognize that veterans are extremely important and to say, ‘We are so proud of you.’”

Congress has chartered the Smithsonian’s National Museum of the American Indian to build the memorial on the museum’s grounds along the National Mall in Washington, D.C. To celebrate Pratt’s selection to design the memorial and his Marine Corps service, the museum will have a booth at this year’s MCM Health & Fitness Expo. Stop by during the Expo to pick up a pair of National Native American Veterans Memorial sunglasses and to hear more about Pratt, his design, and the memorial project going forward.