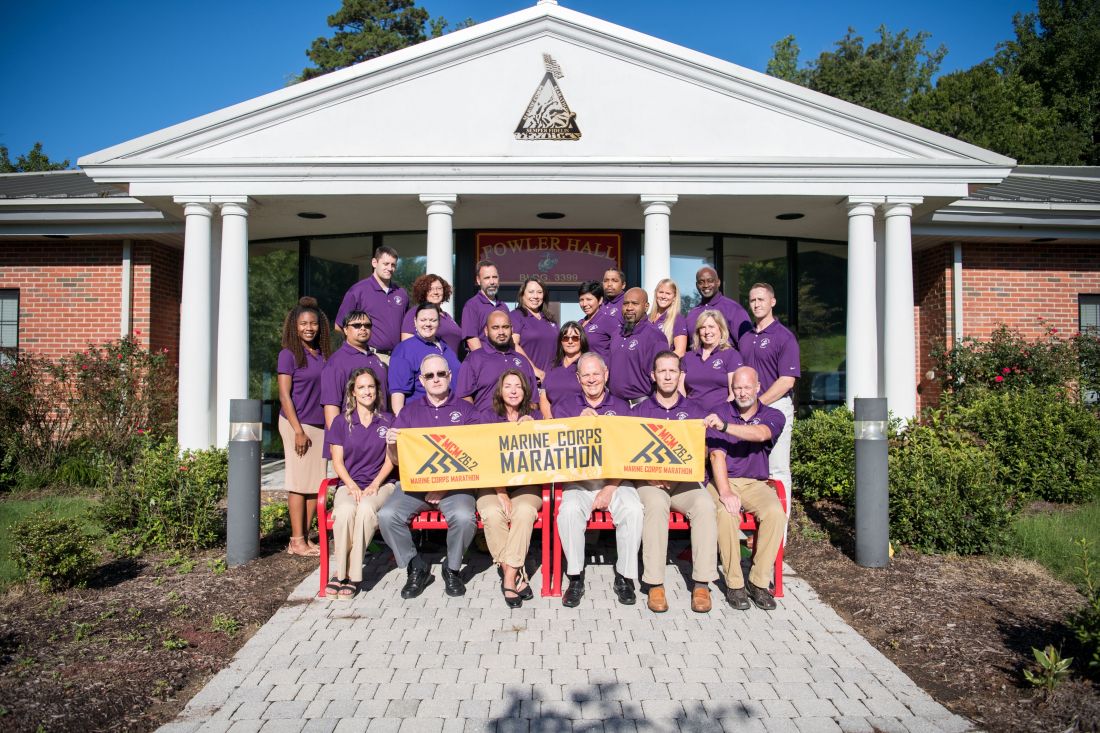 A native of Philadelphia, PA, Nealis joined the MCM staff in 1993. Prior to the MCM, Nealis served in the United States Marine Corps. He was commissioned in May of 1975, after receiving his Bachelor’s Degree in Accounting from Villanova University. His 20-year military career includes deployments aboard the USS Tarawa, USS Okinawa, and the USS Tripoli, as part of the amphibious ready group during the Iranian Hostage rescue attempt. While in the U.S. Marine Corps, Nealis furthered his education earning a Master of Business Administration in Management from Golden State University and a Master of Science in Human Organizational Services from Villanova University.

In 2009, Nealis was inducted into Running USA’s Hall of Champions and in 2010, he was named “Race Director of the Year” by Road Race Management and MarathonFoto.

Nealis has completed five marathons (including three MCMs), and boasts a PR of 3:09:50 obtained at the 1983 MCM.

An employee of the MCM since 1994, Anderson oversees the various branches within the MCM organization and develops new projects to enhance the event experience. She received a Bachelor’s Degree in Business Administration in Germany in 1979 and went on to serve as the Marketing Coordinator for UVEX sporting goods, before becoming an Immigration and Naturalization Civil servant in Germany.

She earned a second Bachelor’s Degree in Business and Marketing in 1998 from the University of Mary Washington, VA and has participated in the United States Marine Corps' Civilian Leadership Program and Toastmasters International. She also received her Long Distance Coaching certification from RRCA (Road Runners Club of America) in 2014. Anderson has participated in triathlons, half marathons and marathons, including the Boston Marathon, which she completed in 2010.

Following nine years of active duty Marine Corps service, Delahoussaye, a logistician by trade, joined the MCM organization in 2003. He manages the MCM’s contracting, procurement and safety programs, warehouse operations and the MCM vehicle fleet. He also is responsible for the collection and distribution of inventory and for the set up and clean-up of each MCM event.

Siegel oversees the marketing department that includes sponsorship sales and fulfillment, public and community relations, social media, graphic design and advertising, video production, website, brand management and expo production. She most recently worked at the Marketing Department at Marine Corps Air Station Miramar in San Diego and before that, worked for 10 years in Marketing with a radio station group in Washington, DC.

Schmidt joined the MCM staff in 2003, following his retirement from 23 years of active duty service in the United States Marine Corps. He is responsible for coordinating Marine participation in event operations, directing the Special Project Officers in their various responsibilities. Schmidt serves as law enforcement liaison, oversees permitting and volunteer recruiting, as well as course certification and medical operations. While on active duty, Schmidt coached the Marine Corps Running Team from 1998- 2002, participating in 12 MCMs as a team member and boasts a 2:59:00 PR.