The MCM is one of the largest marathons in the US and the world and stands as the largest marathon in the world that doesn't offer prize money, earning its nickname, "The People's Marathon." The MCM has been voted “Best Marathon in the Mid Atlantic,” “Best Marathon for Charities” and “Best Spectator Event." Hosted annually in the Arlington, VA and the nation's capital, the MCM offers an experience for runners to tour the nation's most recognizable landmarks while being supported by the men and women of the United States Marine Corps. Here are some of the most memorable moments and achievements throughout the decades. 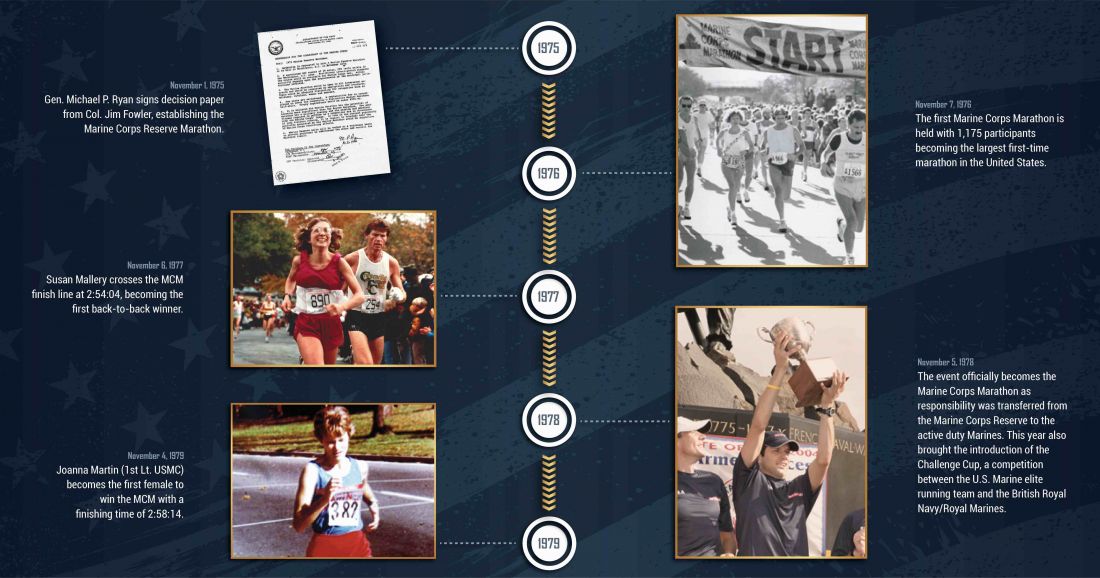 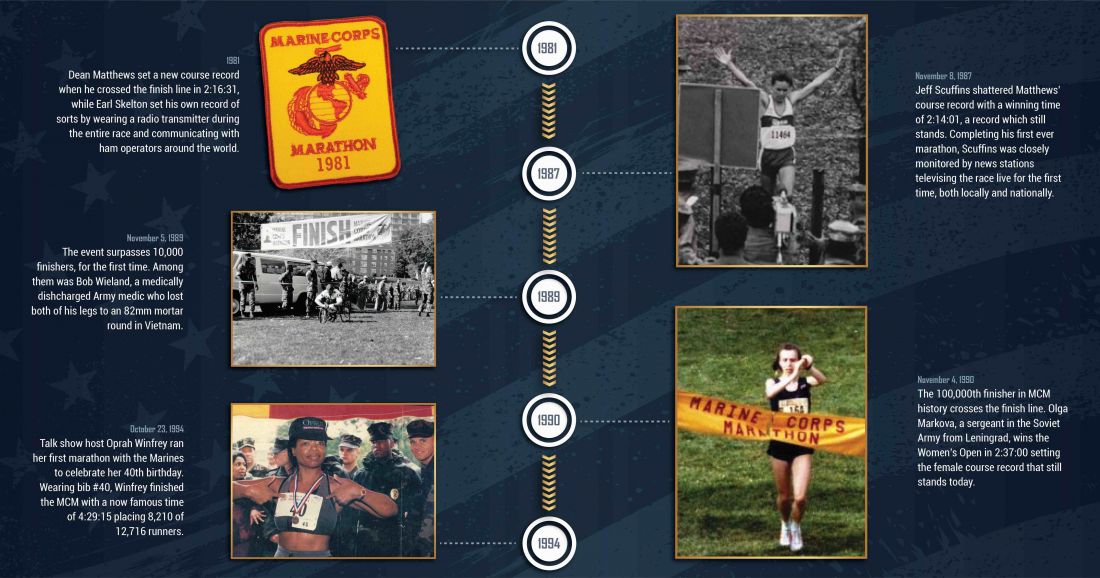 4. 1987: Completing his first-ever marathon, Jeff Scuffins set the standing course record with a winning time of 2:14:01.5. 1987: The MCM was televised live for the first time, both locally and nationally.

9. 1990: Olga Markova, a sergeant in the Soviet Army from Leningrad, wins the Women’s Open in 2:37:00 setting the female course record that still stands today 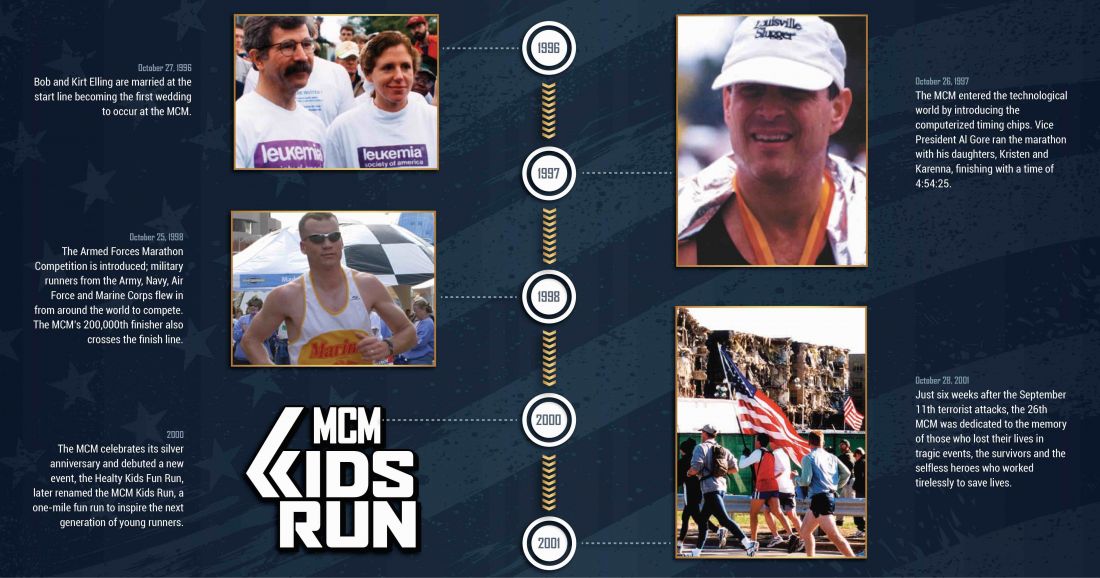 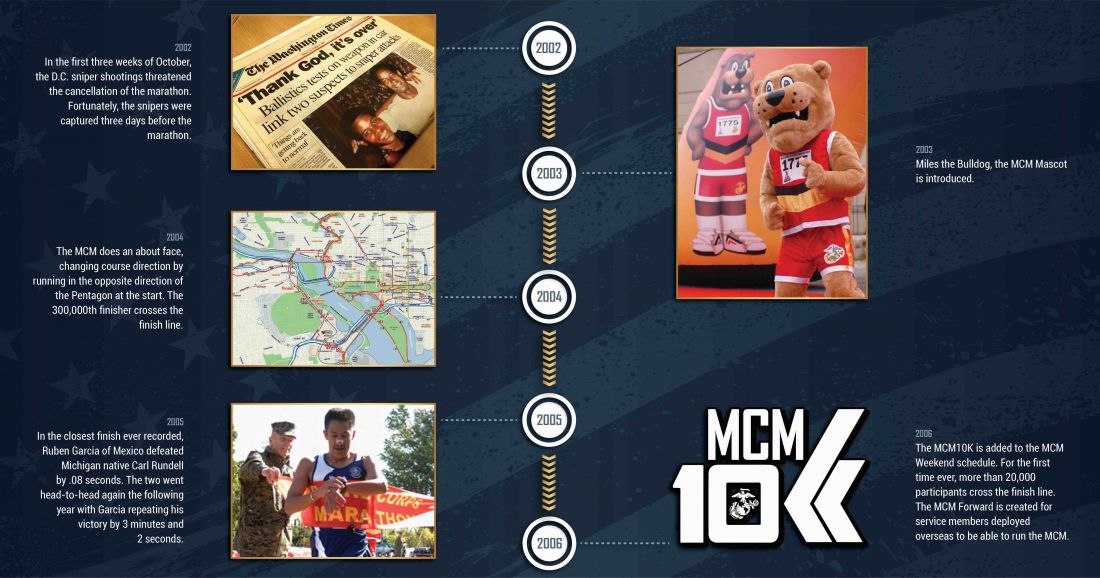 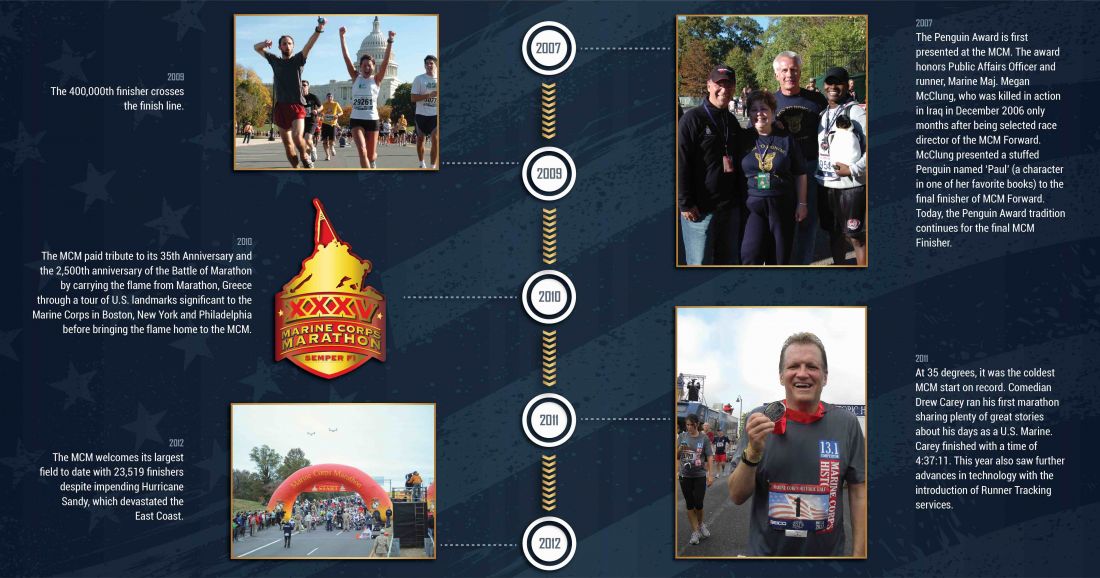 26. 2007: The Penguin Award is first presented at the MCM. The award honors Public Affairs Officer and runner, Marine Maj. Megan McClung, who was killed in action in Iraq in December 2006 only months after being selected race director of the MCM Forward in October of that year. McClung presented a stuffed Penguin named 'Paul' (a character in one of her favorite books) to the final finisher of MCM Forward. Today, the Penguin Award tradition continues for the final MCM finisher. 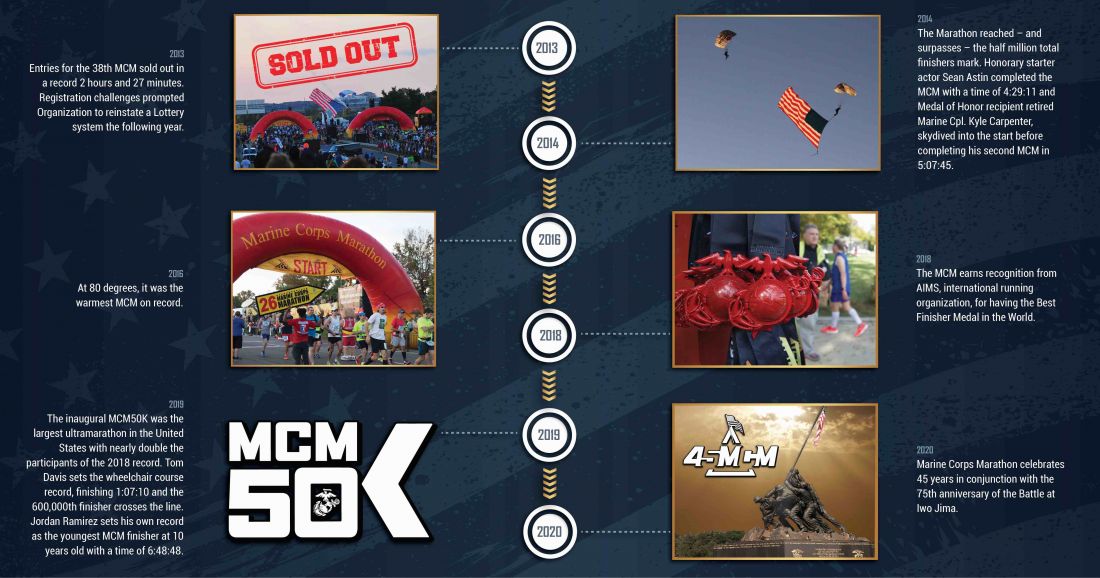 46. 2020: Brought unexpected challenges with the novel coronavirus (COVID-19) as MCM organizers shifted the annual event to a virtual-only status allowing runners around the world to participate anytime, anywhere.

47. 2020: In addition to marking its 45th anniversary, the MCM commemorated the 75th anniversary of the Battle of Iwo Jima by featuring actual black sands collected at that site within the event medal. The commemorative medal also featured the filmstrip images of the flag raising on Iwo Jima along the ribbon.

Marine Corps Marathon Organization is a member of RRCA, RunningUSA and AIMS. 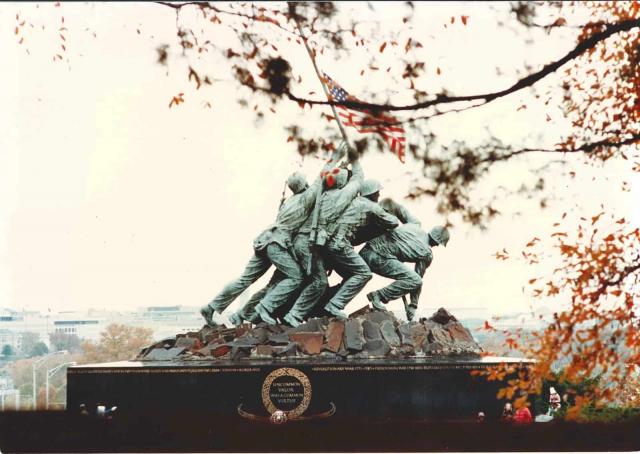 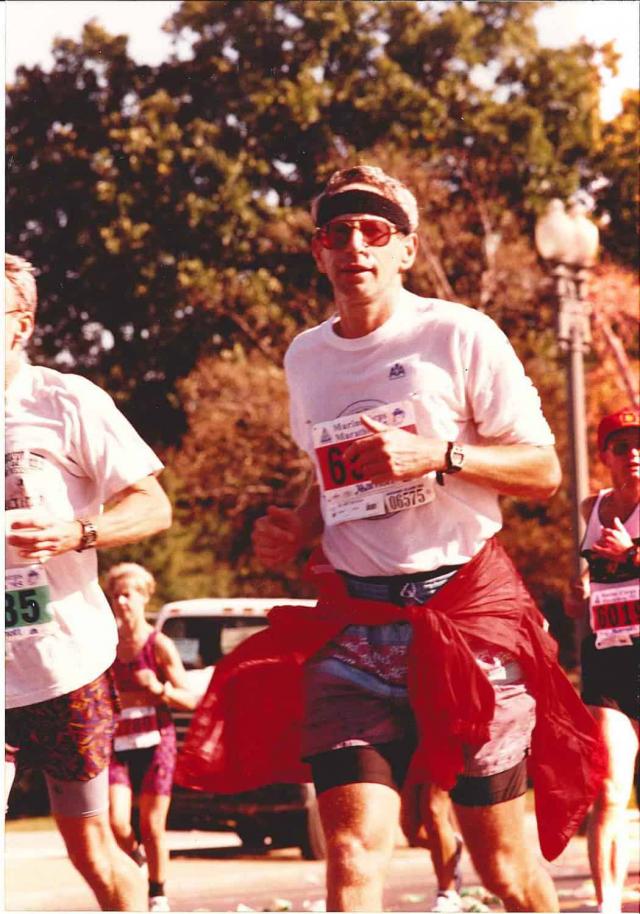 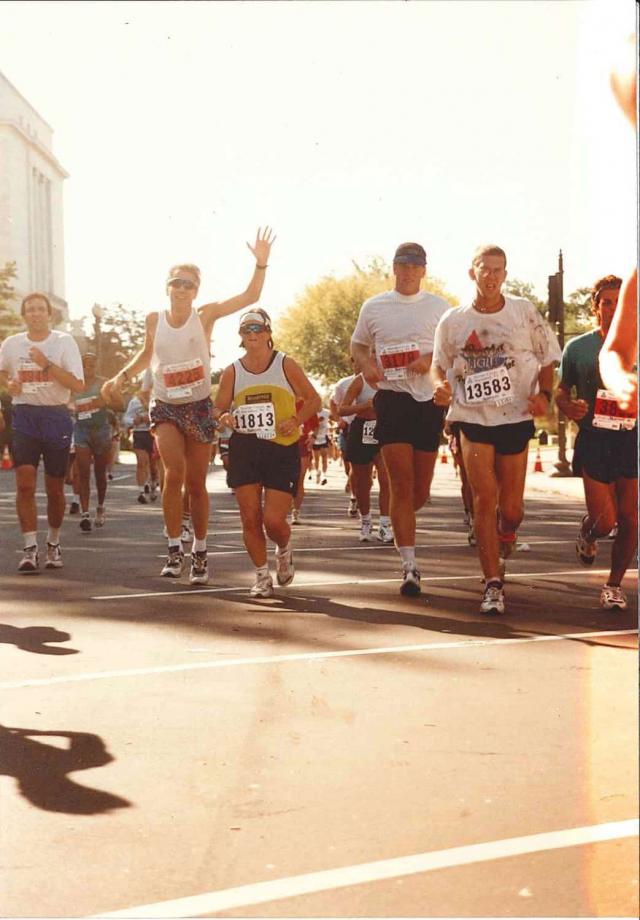 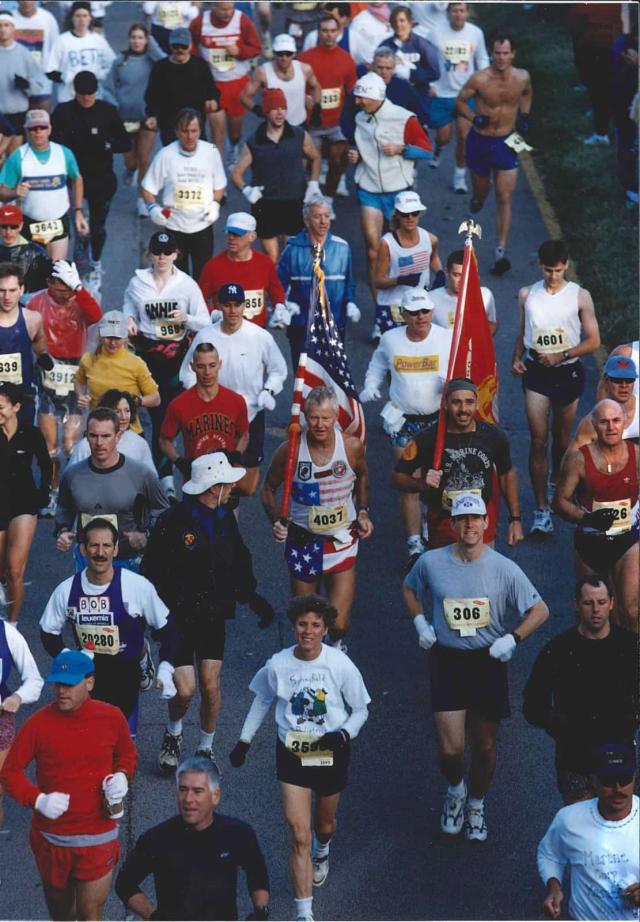 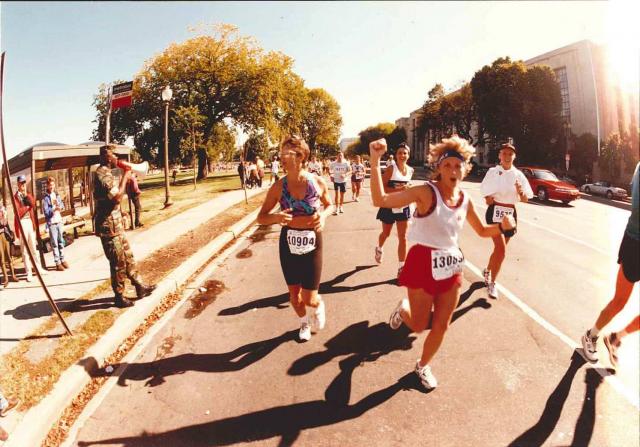 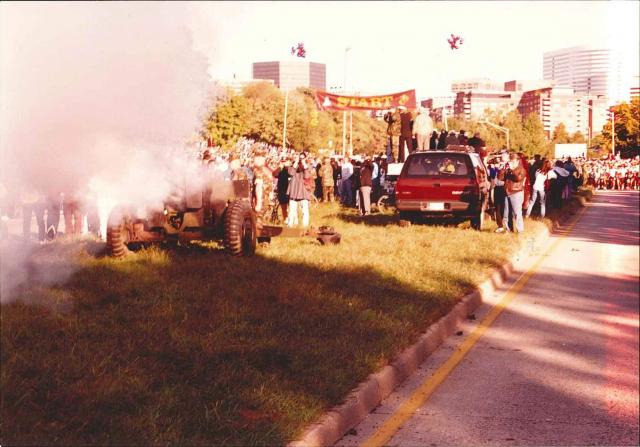 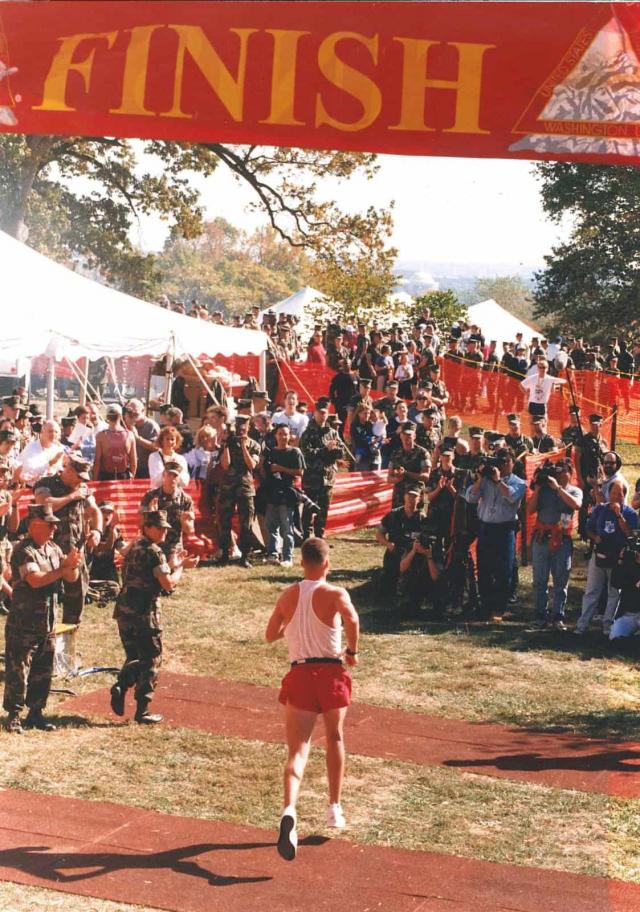 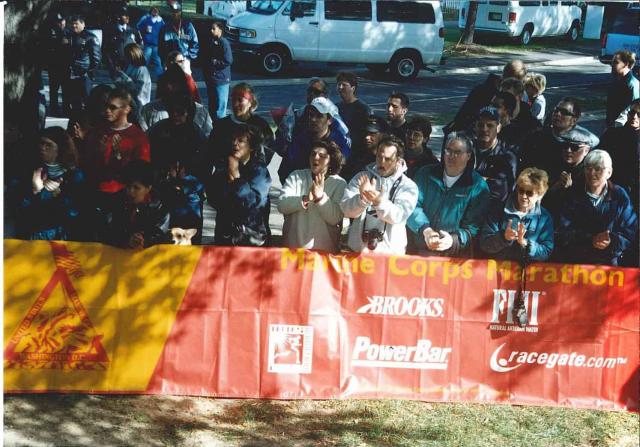 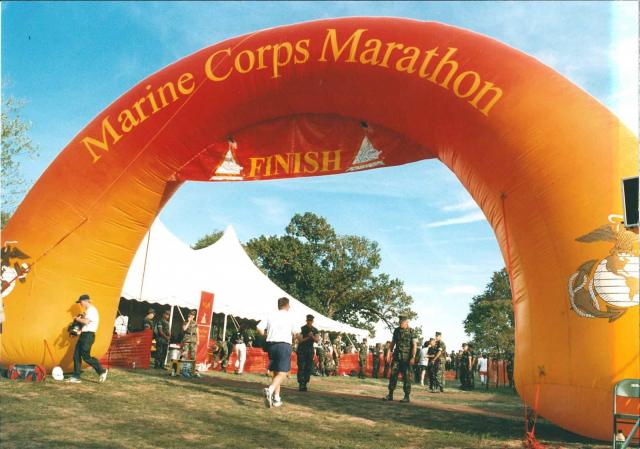