Who is Speaking at the MCM Pasta Dinner? 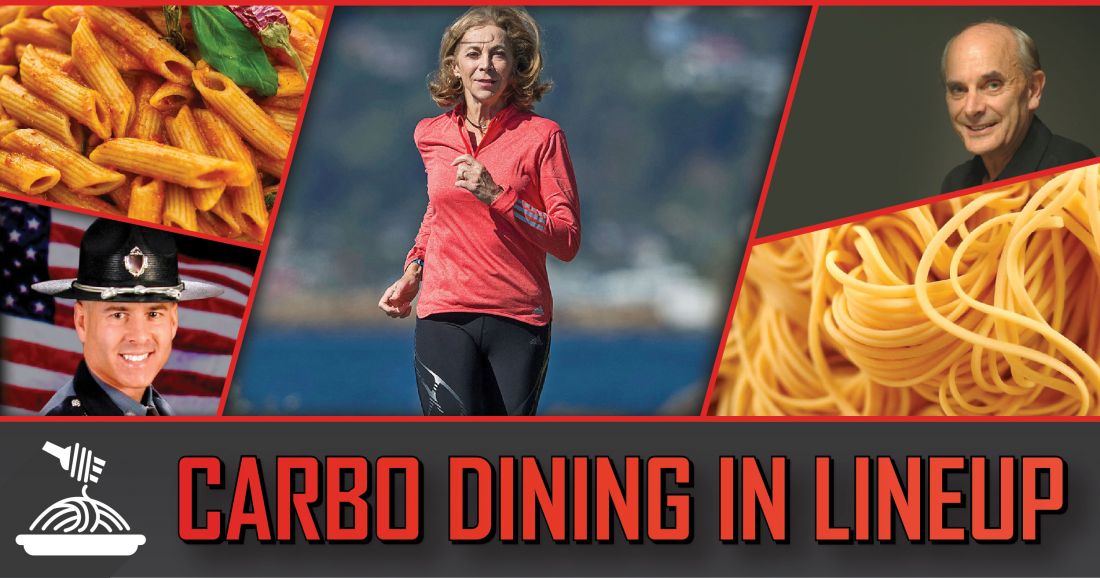 Whether signing up for the MCM through Rush Registration or the Lottery, runners won’t want to miss the chance to grab a ticket for the unforgettable Carbo Dining In to be held on the eve of the MCM, Saturday, October 27 at the Gaylord National Resort.

Carbo Dining In is MCM’s pasta dinner that pays homage to a traditional military ‘dining in.’ This is an evening that includes dinner and other events to foster camaraderie and esprit de corps. The Carbo Dining In offers world class speakers, Marine Corps style entertainment and a delicious dinner buffet on the eve of the MCM. Tickets are $65 each.

Switzer was the first woman to officially enter and run the Boston Marathon. She has built a legacy creating opportunities for women to experience the transformational power of running. She’s the author of three books, an Emmy award winning broadcaster and a 41-time marathon finisher with a 2:51 PR.

Consider the growth of women in the sport of marathoning since Kathrine’s Boston run. The very first MCM in 1976 had a field that was made of just 4.85% female runners. Compare that to the 45% of female marathon runners in the 2017 MCM.

Joining Kathrine will be her husband, Roger Robinson. Roger is an internationally acclaimed writer and speaker is known for vividly bringing to life the history of running, and for his unmatched insights into the positive role of the running movement in today’s world.

Prior to Roger and Kathrine’s talk, Carbo Dining In guests will be treated to a musical performance by Sergeant Daniel M. Clark, known as “The Singing Trooper.” Sgt. Clark enlisted in the Marine Corps in May 1980. After four years of service, Clark became a Trooper with the Massachusetts State Police. During this tenure with the department, Clark performed in uniform at more than 2,500 events. He joins the excitement of MCM Weekend performing with his unique style of inspirational musical entertainment.

Tickets for the Marine-style “pasta party” are available during both types of MCM registration.

ORuntil 11,000 runners register. Be quick, as the countdown clock will stop once registration reaches 11,000. Rush Registration allows 11,000 runners a guaranteed spot in the MCM before the Lottery process opens. On this form, runners will be able to purchase tickets to the Carbo Dining-In. Also available will be MCM Brooks Training apparel and the runcoach training program.