A World of Opportunity for Veterans in the Workplace 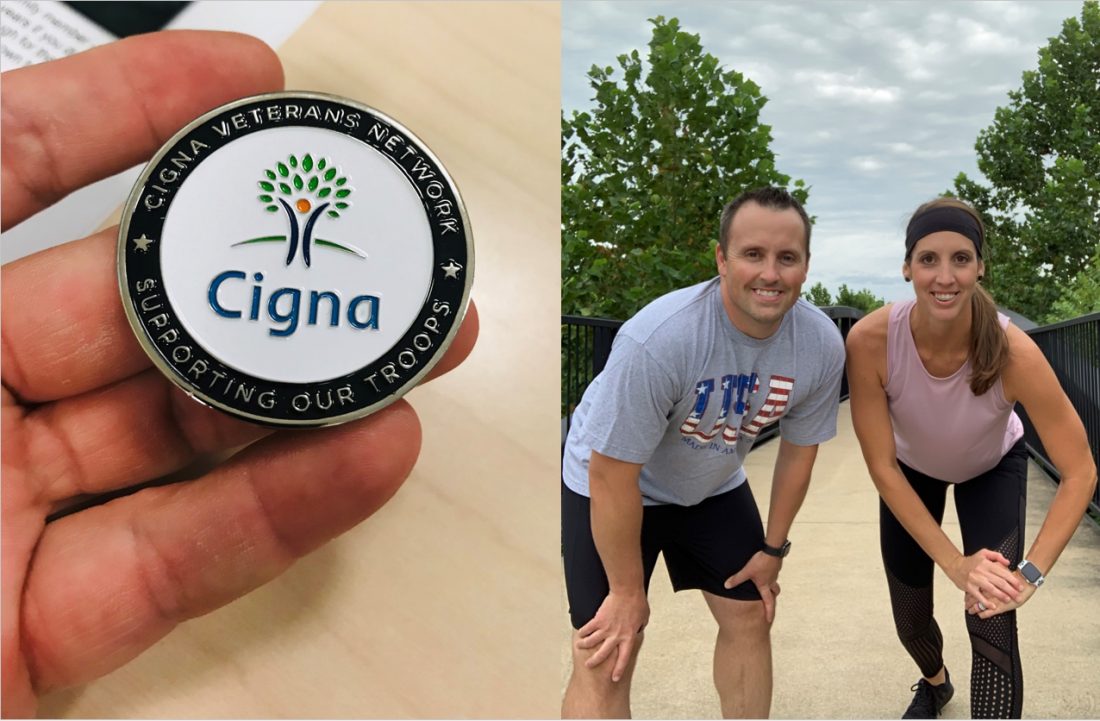 Since leaving the military in 2007, Jared has led a busy life: He earned three college degrees, including two master’s degrees, and became a book author (The Heart of a Marine) and motivational speaker. As Cigna, a Military Friendly® Employer, returns as a presenting sponsor of the Marine Corps Marathon Weekend, he’s now planning to run in the MCM10K and hopes to inspire others.

Success didn’t seem to be in Jared’s future when he first left the Marine Corps. In fact, he faced a lot of challenges while transitioning to civilian life, as many veterans do. While he was always a hard worker, he never had someone in his life to guide him and help him focus on his strengths.

Then he met Lyndsey, now his life partner and wife, who helped him change his mindset. With her help, Jared was able to recognize his talent and find his purpose. She’s the one who inspired him to continue his education. Now he hopes to show everybody – and former Marines in particular – that there’s a world of opportunity after the military, and that veterans can use their training and talent to make tremendous contributions in the workplace.

That’s become his main purpose in life, writing and speaking about how he overcame obstacles by applying his military experiences and military training to build the life he always dreamed of having.

Jared notes that he hasn’t run for a while, but the 10K gives him something to train for. It’s just one more obstacle to overcome.

“I used to compete in strongman competitions, but never running,” he says. “Serving as an infantryman beats on your body. It’s hard running outside now. It puts a strain on your knees, but I wouldn’t miss this for anything. Once a Marine, always a Marine.”

This will be his first time running in a Marine Corps Marathon event. He admires the nickname, “The People’s Marathon,” and that no prize money is awarded because you run this race for “honor, courage, and commitment,”’ the core of the U.S. Marine Corps spirit.

Jared is dedicating his run to two Marines killed in action, Lance Corporal Timothy Creager and Sergeant Chad Allen. Jared and Timothy had the same job in Iraq, but in different companies. Jared’s company replaced Timothy’s three months after Timothy died from a road side bomb. Chad and Jared were set to return home at the same time, but Chad died from a bomb blast 30 days before his discharge.

“I push myself when I think of these guys,” Jared said. “Crossing the finish line will give me a sense of pride and thankfulness for those who made the ultimate sacrifice.”

Jared will be a featured speaker on the Ask Me Stage at the MCM Health & Fitness Expo on Saturday, October 26 at 2:30 p.m. Please plan to stop by and hear more of his story.

Cigna, a presenting sponsor of the Marine Corps Marathon Weekend, is a global health service company dedicated to improving the health, well-being and peace of mind of those the company serves. As a Military Friendly® Employer, Cigna encourages health and wellness and supports veterans nationwide through its offering of a National Veteran Support Line for veterans, their families, and caregivers. Visit the Cigna website for more information about Cigna’s work in the veteran community.