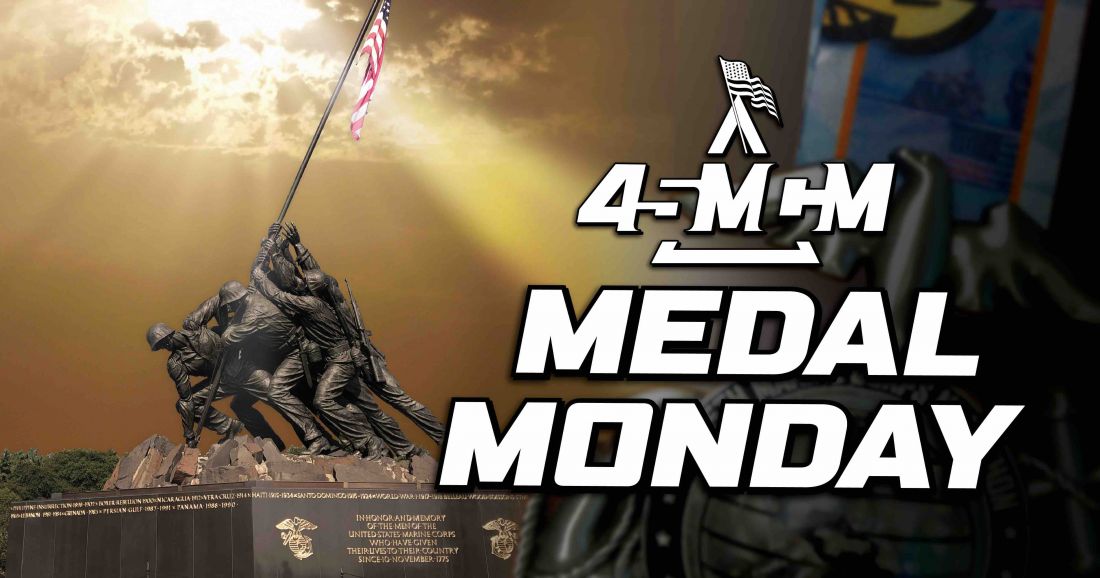 75 years ago, the battle for Iwo Jima not only proved pivotal to securing victory during World War II, but also immortalized the bravery and sacrifice of the United States Marine Corps (USMC) in American memory when photographer Joe Rosenthal captured the image of six Marines raising an American flag atop Mount Suribachi.

Today, that same image serves as the symbol for the Marine Corps War Memorial sitting at the entrance to the Arlington National Cemetery. The sculpture, often referred to as the Iwo Jima Monument, is the backdrop of the Marine Corps Marathon (MCM) finish line and featured in the design of the MCM finisher medals.

Crossing the finish line is an exhilarating and extraordinary achievement for all marathon participants. But for MCM runners, this unforgettable experience is also one of pride and honor when a Marine Corps lieutenant places the medal around their necks.

Over the years, the award-winning medal design has evolved from coin to dog tag to the Iwo Jima Monument to the current Eagle, Globe and Anchor icon. Features have ranged from fun, spinning elements to locket-like hinges to the spectacular sun-catcher from 2019.

This year, to celebrate the 45th MCM anniversary coinciding with the 75th anniversary of the Battle of Iwo Jima, the MCM has designed the most iconic finisher medal ever. The commemorative medal will feature the filmstrip images of the flag raising on Iwo Jima along the ribbon and actual black sands collected at Iwo Jima by the Iwo Jima Association of America (IJAA).

Each March, the IJAA invites veterans of the battle to the island for a Joint Reunion of Honor ceremony with the bereaved families of the Japanese veterans. The ceremony is conducted by the IJAA and supported by the U.S. Marine Corps and the Government of Japan.

According to IJAA Executive Director LtCol Raul “Art” Sifuentes, USMC (Ret), the annual trip is a chance for veterans from both sides to reunite and reflect on the past.

He noted, “2020 marks 75 years of peace and reconciliation with our former Japanese adversaries who today are now our strong and reliable allies helping to keep stability in the Far East, which is so important at this time given the political instability with North Korea and China.”

Leaders and veterans from both nations gather to honor those who fought and those who lost their lives during the battle for Iwo Jima and in WWII. The group walk the beaches – some collecting sand – or climb to Mt. Suribachi where the now famous photo of the flag raising was taken.

“For historical purposes, Marines have always used the reference of ‘The Black Sands of Iwo Jima,’” said Art as he recalled the feeling of the sands. “The natural beach sand is colored by the volcanic black ash as a result of past volcanic eruptions and erosions, thus giving it the black color. Walking on the Black Sands of Iwo Jima is like walking in deep coarse coffee grounds. One will sink up to his ankles while walking in it and can only imagine what the Iwo Jima Marines experienced, trying to dig a foxhole for protection from the rain of mortars and enemy fire on the beaches shortly after landing. It was not possible.”

For the few, the proud, the finishers receiving this enduring piece of history in the 2020 MCM medal, Art is asking them to just remember the brave servicemen who engaged in that particular combat.

“We only have a few years left to commemorate those veterans still living,” he said. “I want [runners] to be reminded of the significance of where it came from. I want them to be reminded of the battle and the sacrifice made by our brave servicemen and their families. I want them to never forget our veterans of the past and our current veterans and the fact that each serviceman and woman signs, on enlistment or commission, a blank check for their lives to uphold the Constitution and freedoms they enjoy today.”

Limited spots remain in the virtual MCM as well as all other MCM Weekend events including the 10K, 50K and Mile. Click here to register today and secure your exclusive 45th MCM anniversary finisher medal! Will you be participating this October? Let us know on Facebook, Twitter and Instagram using the hashtag #RunWithTheMarines.

*Only the MCM finisher medal contains the volcanic sand, and for the first time ever, we’re revealing the medal prior to event day. Avert your eyes or click here for the surprise!