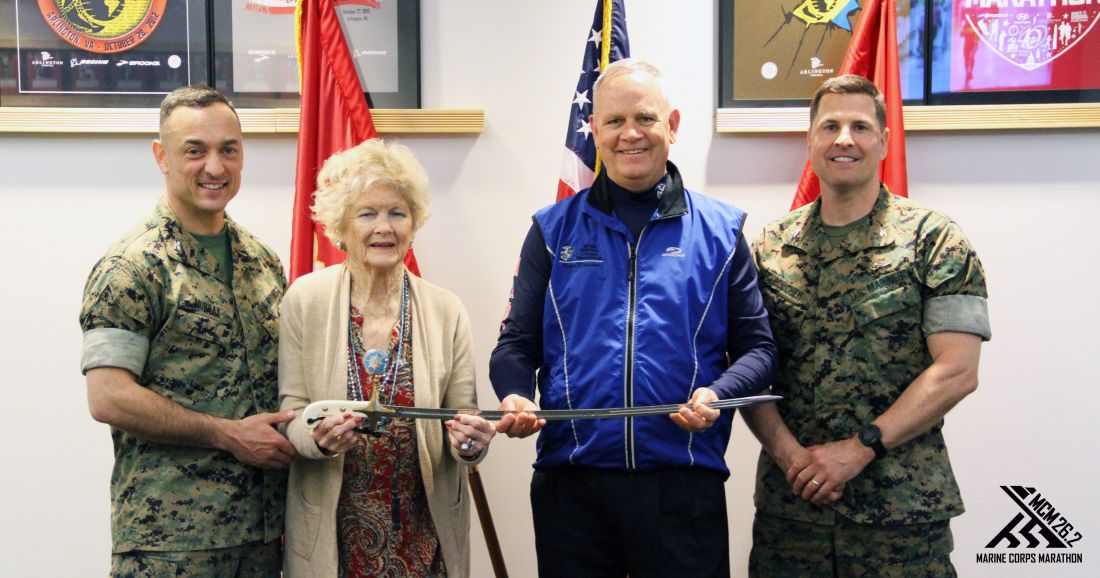 April 17, 2018 (Quantico, VA)- United States Marine Corps Colonel James Fowler will be forever known as the Marine Corps Marathon’s founding father. In 1975, Fowler wrote a memo to his superior, Gen. Michael Ryan, outlining his plan for a Marine Corps Reserve Marathon, to promote community goodwill, showcase the Marine Corps, serve as a recruiting tool and to give local Marines an opportunity to qualify for Boston’s marathon.

Colonel Fowler witnessed the tremendous growth of the MCM before passing away in 2015. That same year, the MCM building aboard Marine Corps Base Quantico was named in his honor.

The sword served alongside Fowler during his twenty years of Marine Corps service and through the Korean and Vietnam Wars. Fowler was a decorated Marine with a Bronze Star Medal, two Purple Heart Medals and the Joint Service Commendation Medal.

The Mameluke Sword is the official sword for Marine Officers. The presentation of this sword to new officers is a time-honored tradition.

Fowler’s sword will be on display in the lobby of Fowler Hall along with other artifacts, awards and collectables that follow Fowler and the event he founded more than four decades ago.