Run to Remember on Memorial Day 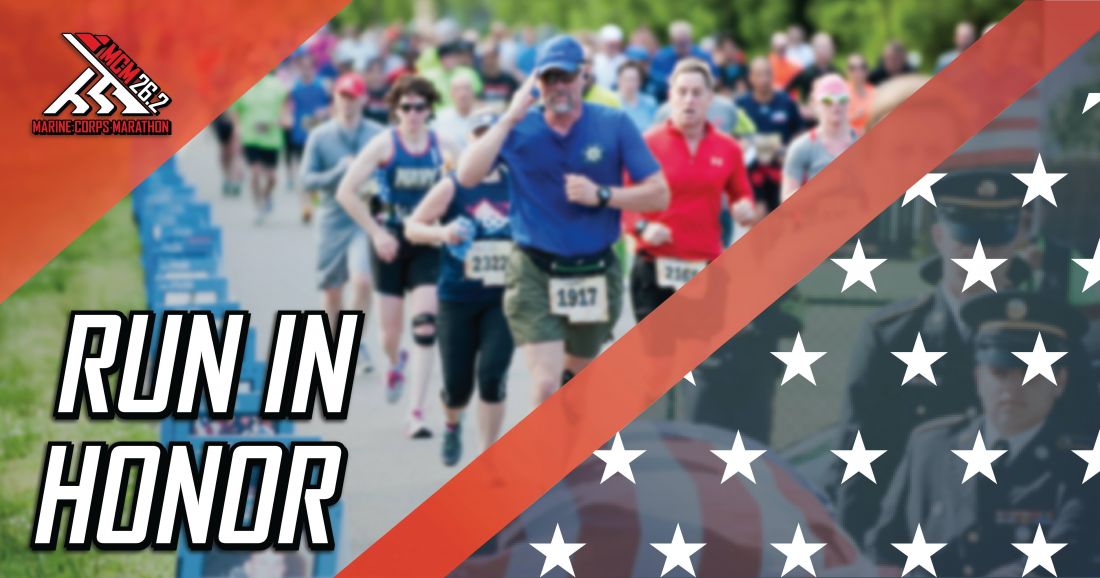 For many Americans, Memorial Day Weekend is the unofficial start of summer, barbeques, beaches and backyard fun. But the true significance of Memorial Day is honoring and remembering the men and women who made the ultimate sacrifice while serving in the United States Armed Forces.

Memorializing our fallen American service members dates back to the Civil War. Originally proclaimed as “Decoration Day” on May 5, 1868 by commander of the Grand Army of the Republic General John Logan to honor the memory of those who died during that war. It called for towns and cities to hold tributes, decorate graves with flowers and pay respect for the countless soldiers who died. Then in 1967, Memorial Day officially became a federal holiday and later in 1971 it changed days to be the last Monday in May. Americans observe the day by visiting cemeteries or memorials of the fallen, holding family gatherings, flying flags at half-staff or participating in parades – a collective display of remembrance and love.

In 2009, to memorialize their fallen husbands, Lisa Hallett and Erin O’Connor, formalized wear blue: run to remember into a national nonprofit community honoring the service and sacrifice of the U.S. Armed Forces. Today, the group has evolved into a powerful network of active and retired service members, Wounded Warriors, military families and community members. If you have ever participated in Marine Corps Marathon or the Historic Half, you have experienced the wear blue Mile. American flags are lined along the road and in front of each flag is a photo of a fallen service member. It is a moving and vivid living memorial.

The power of the wear blue Mile is how it makes the faces and therefore the identities of those who sacrificed real by displaying their pictures and offering insights into their stories.

The day of the race was warm and humid as we ran through crowds of cheering spectators. At about 13 miles into the course, the urban landscape gave way to a serene park along the Potomac River. Flags were waving in a gentle breeze. What had been an exciting and energizing race became a deeply personal and powerful experience along the wear blue mile. I slowed to see the faces on the posters and was overcome by emotion, knowing the price of their sacrifice.

My dad was holding my brother’s flag and my mom was right beside him. I hugged my dad and broke down. That moment was everything I needed. All the sorrow and pain that had filled my heart poured out of me. I picked myself up, got a hug from the “last flag on the left,” and finished the race.

The wear blue Gold Star Race Program allowed me to turn my mourning into motivation. My grief became the purpose of one of my greatest accomplishments. I’m proud to run in blue and honor the service and sacrifice of the fallen, the fighting and the families of the U.S. military.

Ron Witherup – Director of Race Operations for wear blue; ran the virtual Marine Corps Historic Half in memory of his son, Sgt Seth Whitherup and the six Marines from Marine Aerial Refueler Transport Squadron 152 (VMGR-152) who lost their lives.

My son Seth and I had a daily competition of who could burn the most calories in a day. We tracked each other’s progress on our Apple watches. Most mornings, shortly after I woke up, I would receive a ‘ding’ on my watch letting me know Seth has ended his day and how many calories he burnt. Since he was almost a full day ahead of me in Japan, I knew exactly how many calories I needed to burn to beat him in our competition. He always felt this was an unfair advantage, however, I felt it leveled the playing field because he was a United States Marine Corps (USMC) “Iron Man.” The highest score you can receive in your USMC fitness testing is 300 and Seth had received a perfect score of 300.

I really miss getting my ‘ding’ every morning.

I ran my last marathon 15 years ago due to my deteriorating knees and the pain it causes. But I thought if Seth can get a perfect 300, then I can finish a half marathon in his honor.

This Memorial Day, I am running in honor of VMGR-152 who in the last 15 months has had the hardest year a squadron can have. First, was the sudden passing of the squadron Gunnery Sergeant, then the tragic midair collision killing all five aboard SUMO 41 and two months later due to PTSD, my Seth took his own life.

I want everyone in VMGR-152 to know how much I love and support them. I appreciate everything they do to protect my freedom and for all the support they have shown my family these past 14 months. Running the half marathon is the least I can do for them.

Susan Byers Blankenship – a registered nurse at Mary Washington Healthcare, an avid runner in the Fredericksburg community and a member of wear blue since 2018.

I myself am not in the military, but I have several family members who are service members: my father is in the Army, my son is in the Marines, my uncle is in the Navy and my cousin is in the Air Force. I run with wear blue to support the families and friends who have lost loved ones. These soldiers sacrificed so much for our freedom, we need to remember them and so I run for them. It is a small way to give back to my community and show gratitude as a living memorial. The wear blue motto is really why I run – we run for the fallen, for the fighting and for the families. This Monday, I will run with several friends carrying the American Flag as we run to honor our fallen.

Thank you to the men and women who serve and protect our country. May we never forget their sacrifices for our freedom. The Marine Corps Marathon Organization encourages you to run this Memorial Day in honor of our heroes.

Veronica Gutierrez is a proud military spouse. An avid runner, she joined the MCM Organization as a marketing specialist in October 2019.