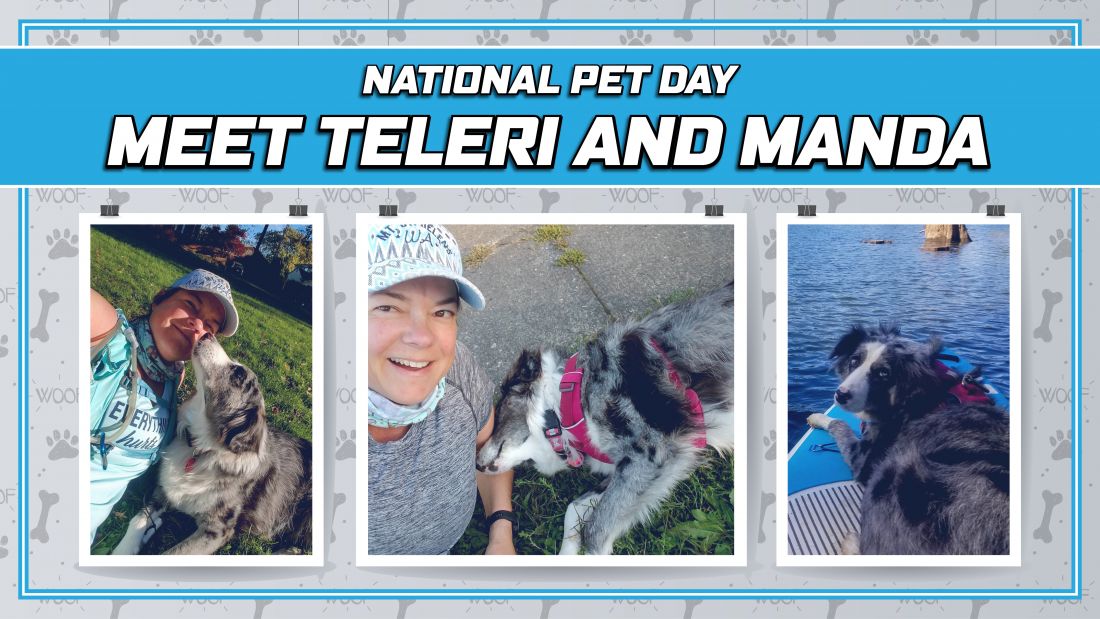 For five years, Teleri Beaty had an on-and-off relationship with running — a friend would convince her to sign up for a 5K event, she’d complete a Couch to 5K program, run the event and then just stop running completely. Rinse and repeat.

It wasn’t until 2018 when Beaty was diagnosed pre-diabetic that she realized she needed to go further if she was going to successfully change the path she was on or rely on medication for the rest of her life.

“I started running another Couch to 5K that fall, and as soon as that was done, I knew I needed a plan in order to keep on a journey of change,” said Beaty. “So I followed up with a Couch to 10K plan and when that ended, a half marathon plan seemed the logical next step.”

Fast-forward to more than two years later and Beaty has been running consistently. She’s lost over 20lbs, got her blood sugar range to average levels and found a better mental health balance.

“When COVID hit, running kept me motivated to get outdoors and hit the trails,” said Beaty. “My dog Manda Lorian was a key part of my motivation to keep going. She would come up and bop me with her nose reminding me that she was ready to get out there and run.”

Beaty adopted Manda Lorian, a purebred Australian Shepherd rescue dog, in early January of 2020 and they’ve been running together ever since.

“She’s the best running buddy I could ask for,” gushed Beaty. “I started her just like I started myself, with a Couch to 5K plan and then moved up. She’s amazingly clever and loving and is always ready to go on any adventure with me. She is very disappointed if I lace up the shoes and walk out without her.”

Manda Lorian was right next to Beaty when she set out to run her first marathon and first 50K as part of the Marine Corps Marathon (MCM) trifecta in 2020.

“Honestly, if it wasn’t virtual, I don’t know that I would have ever done it. It sounded crazy to my new runner brain,” said Beaty. “She was a big part in getting me out the door for every training run and she was there to flop on the grass with me after we finished.”

“I even added her as an accessory item on my Garmin so I could track her runs and I took her to the vet during the taper period, right before we did the two longest runs, just to check her hips and health,” Beaty continued.

Now, Beaty is looking forward to running the virtual Devil Dog Tandem with Manda Lorian in July and getting the dog her own swag and bling. The Devil Dog Tandem is a multi-day virtual run where a runner and his/her dog accumulate miles by walking or running. Participants will receive a special Devil Dog towel and a dog collar charm.

Her advice to others training and running with their dogs is to treat your pet the same way you’d treat yourself. “I carry extra water for her, which I give her from a folding cup that fits easily in my vest pocket. I give her water every three to five miles, just like I do myself. I also make sure to feed her well and early, incorporating that time into my own nutrition prep. She has a cooling vest for the warm days, but even with that, I don’t like to take her if the weather will reach the 80° range during our run.”

Registration is open for the new Devil Dog Tandem, which invites two- and four-legged runners to team up to accumulate mileage from July 1 to July 5.