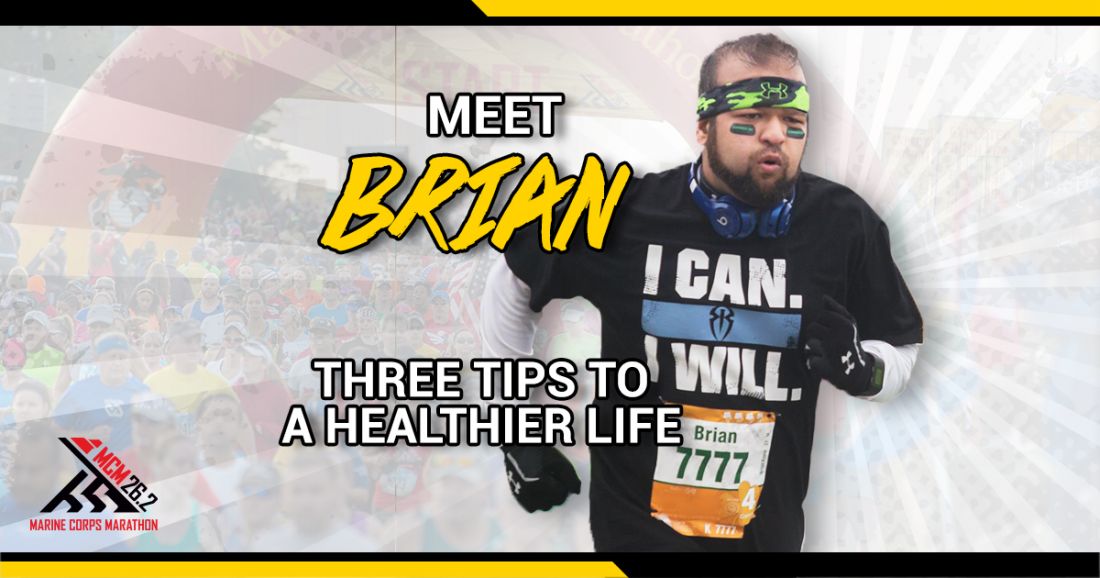 “For years, the traffic and runners who flooded bars after the race were a nuisance. I didn’t understand it. I was there to watch football starting at 1pm. I was overweight and sedentary and didn’t need these fit folks crowded in and not even allowing me to get a spot for brunch and football. Fast forward to July 2015, I weighed 240 pounds, I had a 40-inch waist and XXL-sized shirts were a snug fit on me. This year, I ran a marathon and was ranked 17th in the male 20- to 29-year-old-category in “Run Washington” magazine for my races.”

Brian Kapur is rather brave. Not only is he a die-hard Dallas Cowboys fan currently residing in Washington Redskins territory, but he determined to change and not afraid to face the daily battle that comes with maintaining good health.

“I’d never been athletic. I only briefly played basketball, from sixth to eighth grade, before my weight prevented me from continuing to play in high school. In college, I battled a slew of health problems including high cholesterol and high blood pressure,” says Kapur.

“After years of excuses, poor eating and little physical activity, I finally decided during the summer of 2015 to take control and become fit,” he continues. Two years earlier, I’d seen how the road had ended for my mother, Neena Kapur, who passed away after complications from open-heart surgery and diabetes. I didn’t want to go that route.”

Kapur was age 26 in 2015 when he realized he had to do something to better his overall health.

“Visiting the doctor for the first time in years, I told her I simply wanted to get healthy,” says Kapur. “The doctor helped me customize a strict diet limited to chicken, turkey, seafood and vegetables — prepared steamed, baked or grilled — along with black coffee, tea and water. It wasn’t easy, but I just worked to stack one good day on top of another. I used “MyFitnessPal,” an app on my phone, to track my intake. I also started to take my dog, Copper, for long walks — first a mile, then two, then all the way to six miles.”

Although Kapur never thought he would be a runner, he was thankful to have a friend who kept pushing him to try.

“At first, I brushed it off — I wasn’t a runner or an athlete. But my friend, Jennifer Benisek, wouldn’t let it go,” says Kapur. “So, I started to jog a little during my long walks until I actually began to run, increasing my distance more and more during these outings. By the end of that August, Jen convinced me to sign up for a 5K race.

“Going into it, I was afraid I wouldn’t be able to finish,” he adds, “but I managed to do so with a time of 35 minutes that included some walk breaks. I became hooked on running. Meanwhile, my weight was plunging, dropping from 240 that July down to 199 by that September.”

Overall, he has lost over 65 pounds and does his best to maintain a comfortable weight. Kapur says treating himself to a “fresh start” really made a difference in how he approached running and his weight loss.

Kapur suggests tips that really worked for him: