I Ran the MCM While Pregnant 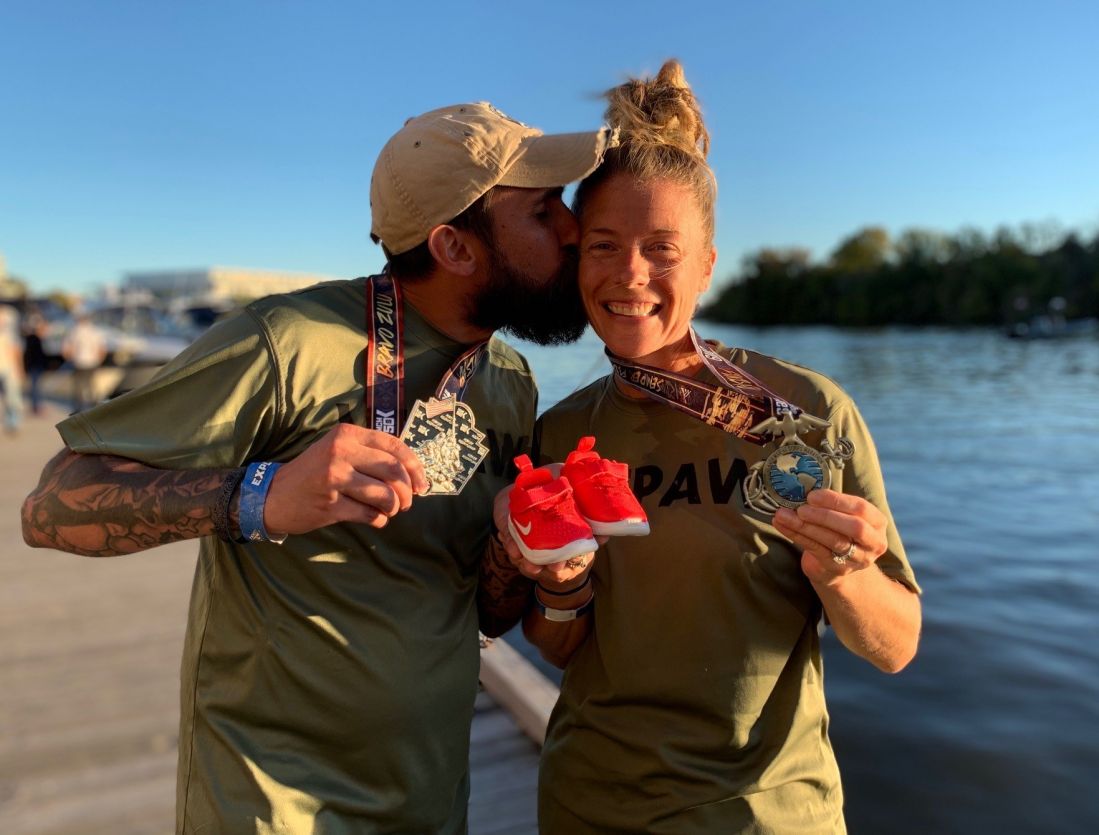 “Becoming a mother and running a marathon are two of my greatest accomplishments, not just physically but also mentally.”

That’s what Alison Morrow said a few days after giving birth to her first child earlier this month.

In 2019, the 38-year-old former reporter ran her first marathon at the 44th Marine Corps Marathon (MCM) while 12-weeks pregnant. “It was actually a very special experience to know I had a little teammate along with me,” admitted Morrow.

Morrow cited her husband Lynn Westover Jr, a retired Marine and current Director of Operations at VETPAW, as her inspiration for initially registering to run the 26.2-mile course in Washington D.C. and Arlington, VA. Westover has been running the MCM every year since he became a civilian and when his organization signed on as a charity partner for the MCM last year, Morrow “figured it was as good a time as any to join a team running for a great cause” and started training.

“I have watched my husband literally get off airplanes from South Africa where they do counter poaching work and within a couple days run the marathon with very little, if any, training at all,” said Morrow. “If he can do that, I knew I could do it with some miles logged training beforehand.”

When she found out she was pregnant, she did her research, spoke to her doctors and sought the advice of her husband and friends before making the decision to continue running.

“Ultimately, the lesson I took away was be good to yourself and listen to your body and don’t overdo it. I went in with that attitude and knew that we would be fine,” said Morrow. “Plus I found stories of women who finished marathons in incredible times at seven months along!”

Morrow admitted that her being an athlete with a normally active lifestyle before and during her pregnancy helped. A former soccer player, she’s been running since middle school as a way to supplement her weight training. Although she considers herself more of a sprinter in life and sports.

“My first marathon experience was both harder and easier than I thought it would be,” said Morrow. “I made it to about mile 22 before I even really felt any fatigue and that is because I had no clue how mentally motivating the entire experience is and how important your mindset is throughout it all. The amount of encouragement you get along the route from complete strangers is just so energizing.”

“The high of enduring to the end and completing my first marathon was unmatched until my 48 hours of labor,” Morrow continued. She and her husband welcomed a beautiful baby girl right before the Mother’s Day weekend.

Learn more about MCM Charity Partners like VETPAW. These organization may provide training programs, MCM Weekend special events, incentives but, most of all, runners feel a heightened sense of commitment to bring awareness and funds to support these causes.