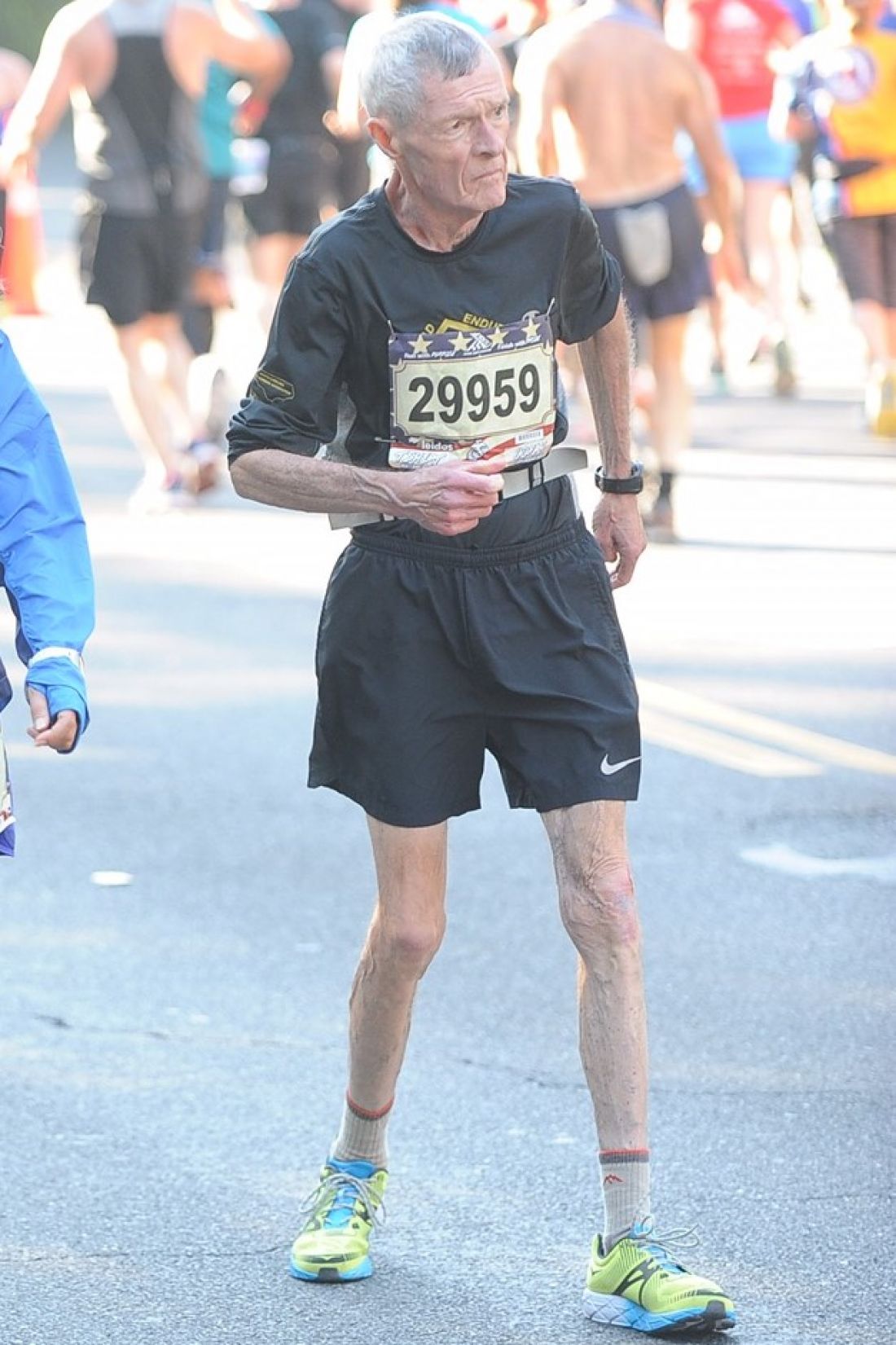 Will Brown of Raleigh, NC, formerly recognized as one of the Marine Corps Marathon (MCM) beloved Groundpounders, is announcing his retirement from running the event after having participated in “The People’s Marathon” for 42 consecutive years. The 71-year-old Brown made his final run during the 42nd MCM on Sunday, Oct. 22.

The Groundpounders were a select few who had officially completed every year of the event. By 40th MCM in 2015, only Brown and Al Richmond of Arlington, VA remained MCM Groundpounders.

Brown completed his 40th consecutive MCM and then returned to run the 41st MCM in 2016 but did not complete the 26.2-mile course. That resulted in Richmond being the only Groundpounder.

Still determined, to run his favorite event, Brown returned once again to run the 42nd MCM on Sunday, Oct. 22.

Unfortunately, Brown was not able to keep the required 14 minute-per-mile pace. He was among other participants who did not make it through the first Gauntlet, which was located along Mile 17 of the Marathon course. U.S. Marines led Brown and his running partner to a straggler bus that transported them to the finish.

“The most incredible thing about my MCM wasn’t that I was able to finish 40 times but that I was able to toe the starting line 42 years in a row,” says Brown. “It was an honor to have done that. I also have a lasting mental image of all those young second lieutenants working the race. They were lean and hard, and ready to take on the world. I was just like them in 1968.”

Brown was an avid runner throughout his life. He says he began running even before he joined the Corps and completed numerous distance events even through his 70s. Brown is a member of a North Carolina 500-mile club, and he has achieved five successful 100-mile distance finishes.

Fourteen years ago, Brown was diagnosed with a progressive disease. But despite that diagnosis, Brown says he has steered clear of any symptoms.

“My other race is not a running one but it’s probably more important to keep going,” explains Brown. “In 2003, I tested positive for the gene that causes Huntington’s disease (HD). That is what Woody Guthrie had. We had no idea it was in my family until my younger brother developed symptoms. The disease is a nasty one with a range of symptoms. It killed my brother two years ago.”

Brown and Richmond started this year’s Marathon together. Both remain close as they were inducted together into the Marine Corps Marathon Hall of Fame in 2010. Brown’s best finish time was 3:14:21, which occurred during the 2nd MCM in 1977.