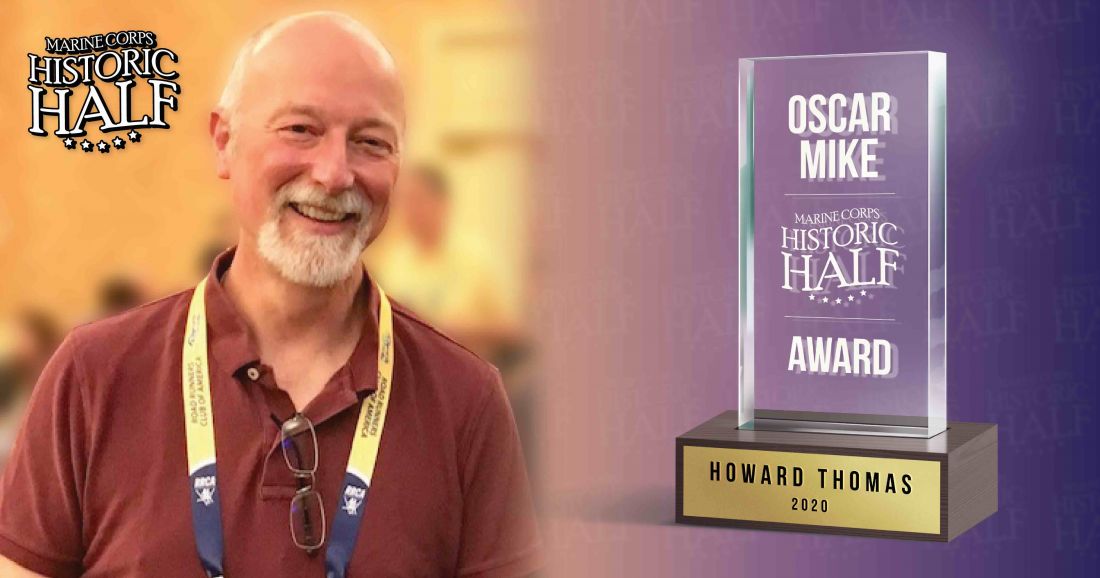 Howard Thomas started running while he was on active duty in the United States Navy, then stopped when he separated in 1995. It wasn’t until 2012, when he decided to participate in a local 5K that he started running again.

A year later, Thomas participated in a non-directed kidney donation, which eventually saved the life of a woman in Georgia. On April 15, 2013 while recovering at home, news of the Boston Marathon bombing led him to register for his first Marine Corps Historic Half.

“I probably should not have attempted a half marathon one month [after the surgery], but I started in the last corral and figured that I could walk the course if necessary,” said Thomas, who finished with a time of 2:38:40. “It actually went really well and I didn’t have any problems at all.”

Thomas went on to run the Historic Half two more times in 2014 and 2016, before taking over the operations of the Beer Garden at the Historic Half and Marine Corps Marathon (MCM) Finish Festivals and managing the popular post-run destination during both event weekends alongside fellow members of the Fredericksburg Area Running Club (FARC).

As the Club’s treasurer, Thomas is responsible for obtaining the license for the Beer Gardens and overseeing the entire production, a responsibility “he takes very seriously,” says Aimee Weems, the president of FARC.

“Once February/August come around, Howard will go out of his way to deliver payments, pick up beer, cups, etc. in order to be sure FARC’s responsibilities with the Historic Half and the MCM are met,” Weems said. “And come event morning, he gets up along with the Marines to set up the Beer Garden. He is the first there and the last to leave.”

Thomas will be recognized with the Oscar Mike Award for his outstanding support of the Marine Corps Historic Half, the sport of running and for being a champion of the local Fredericksburg community.

“I am humbled and honored [and] always proud to work with the Marines,” stated Thomas. “The values, ethics and integrity of the Corps shine through each and every Marine I’ve had the honor to meet.”

According to Weems, “There couldn’t be anyone more worthy.”