Two very meaningful team competitions occur within the Marine Corps Marathon. Both include members of the military running on behalf of their branch of service in competition with each other, as well as against those serving in the British Royal Navy/Royal Marines. These competitions date back decades and culminate annually at 12:45 p.m. on the awards platform adjacent to the MCM finish line when the Armed Forces Marathon Championship and Challenge Cup are presented.

Each year, military members from the United States compete in the Armed Forces Marathon Championship -- a competition between elite running teams of the U.S. Army, Navy, Air Force and Marine Corps. The services compete for bragging rights and the winning title as the fastest branch of the Armed Forces.

41st MCM
Both the U.S. Army men’s and women’s teams dominated the Armed Forces Challenge at the 41stMCM on Oct. 30. The Army men’s team was led by overall MCM winner Spc. Samuel Kosgei, who finished the marathon course in 2:23:53. The Army men’s team averaged a 2:29:51 finish and won the Armed Forces Competition with a combined 9:59:23. This resulted in a victory over the second-place U.S. Air Force team that averaged 2:41:15 (10:45:00 combined). The Airmen were followed by the Marine Corps and Navy men’s running teams, which took third and fourth place respectively. 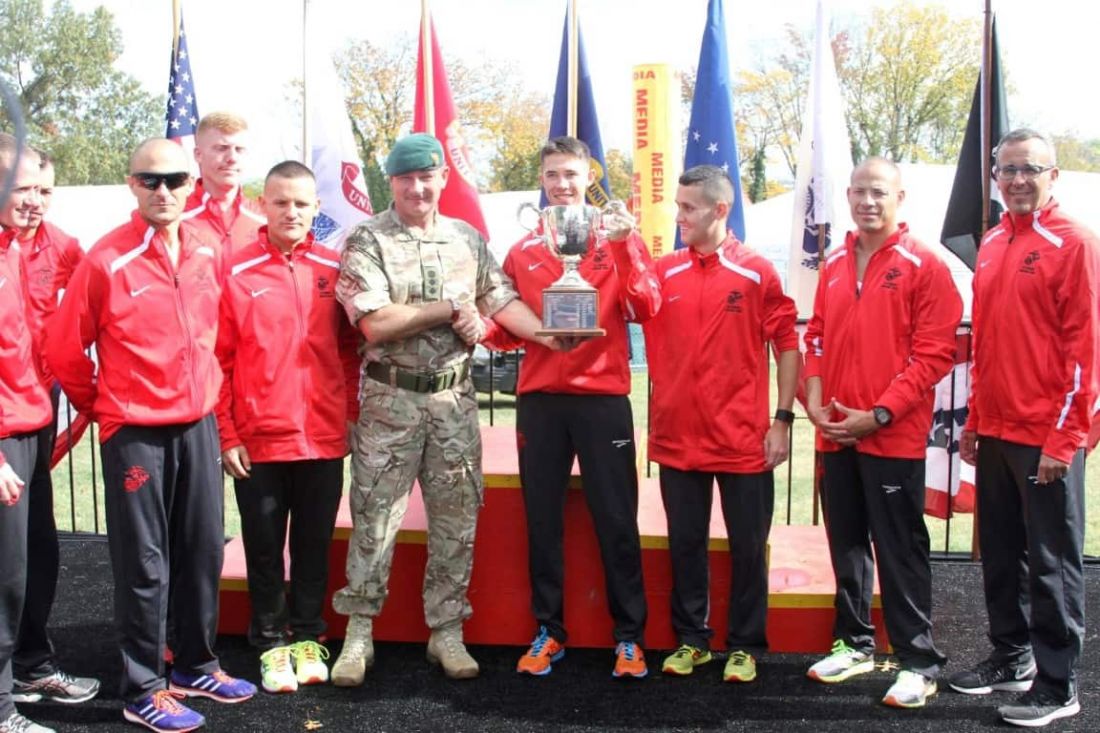 Since 1978, military runners serving with the British Royal Navy/Royal Marines travel thousands of miles to compete against the United States Marine Corps running team in the annual Challenge Cup Competition.

The Challenge Cup Competition between the U.S. and Royal Navy/Royal Marine Women’s Running Teams began 20 years later, in 1998. While the teams have not competed each year since consecutively, the U.S. Marine team has won 11 times, while the British women’s team has captured the Cup four times.

Beginning in 2017, the MCM will no longer issue awards in the team and weight group categories.