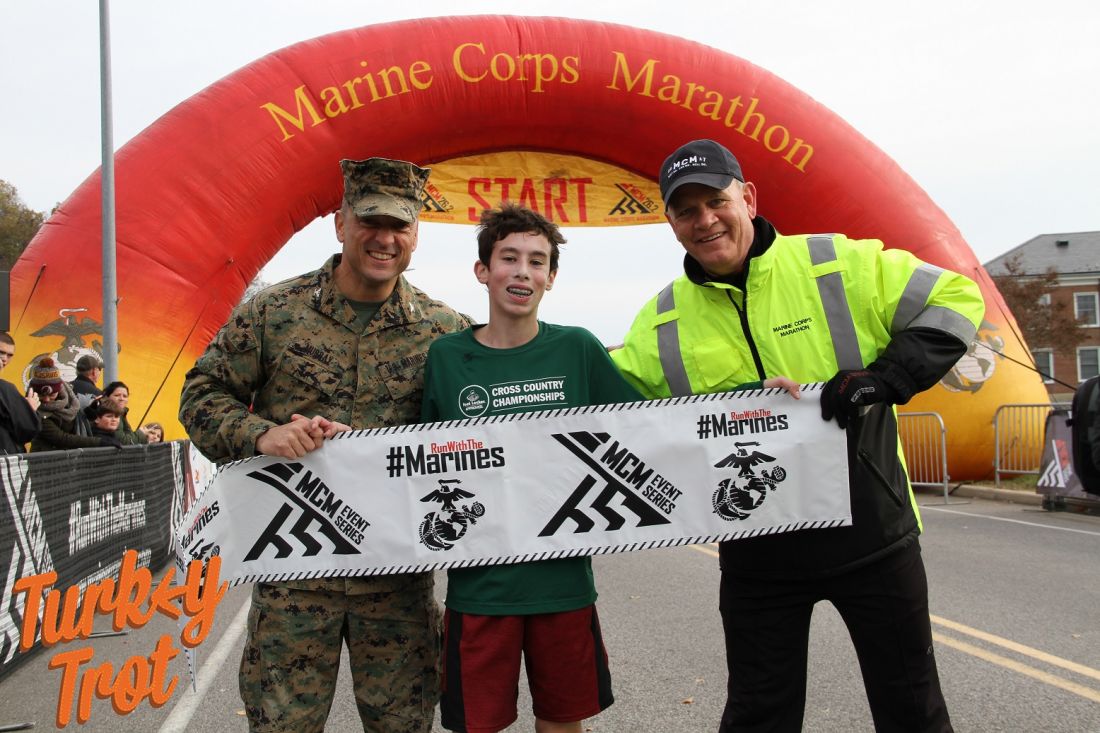 Caleb Hymans flew across the finish line at the Turkey Trot 10K aboard Marine Corps Base Quantico on November 18 and ran right into the record books. The 12-year-old from Annandale, VA not only broke the tape to finish first among all participants but set a new 10K world record for 12-year-old males. He did so by beating the record setting finish time he established earlier this year.

Amazingly, Caleb is regularly toppling records with the wait for his next birthday being the only thing in the way of him accumulating more titles. His first appearance in the record books was when he set the then-5K record of 18:47 for 9-year-old males. He notched another world record as an 11-year-old, earlier this year, with a 37:45 10K finish. Then, broke and re-broke the 12-year-old mark, in the months after turning 12. That makes three world-record finishes in one year. Add those to national championships that Caleb won at age 8, 10, 11 and 12 and it makes quite a distinguished running resume.

Here are some of Caleb’s other noteworthy finishes from this year, alone:

“His first race was at a Turkey Trot when he was five,” explains Caleb’s dad, Geoff. Now, spurred by Caleb’s aptitude and abilities, his parents have taken leadership roles with the FPYC (Fairfax Police Youth Club) Running Program, in which Caleb and both of sisters participate.

Caleb is part of the next wave of great runners. In the spirit of cultivating a new generation of distance runners, the Marine Corps Marathon Organization will soon announce the Next Generation Initiative that will include reduced registration fees for all MCM events for runners age 17 and under.