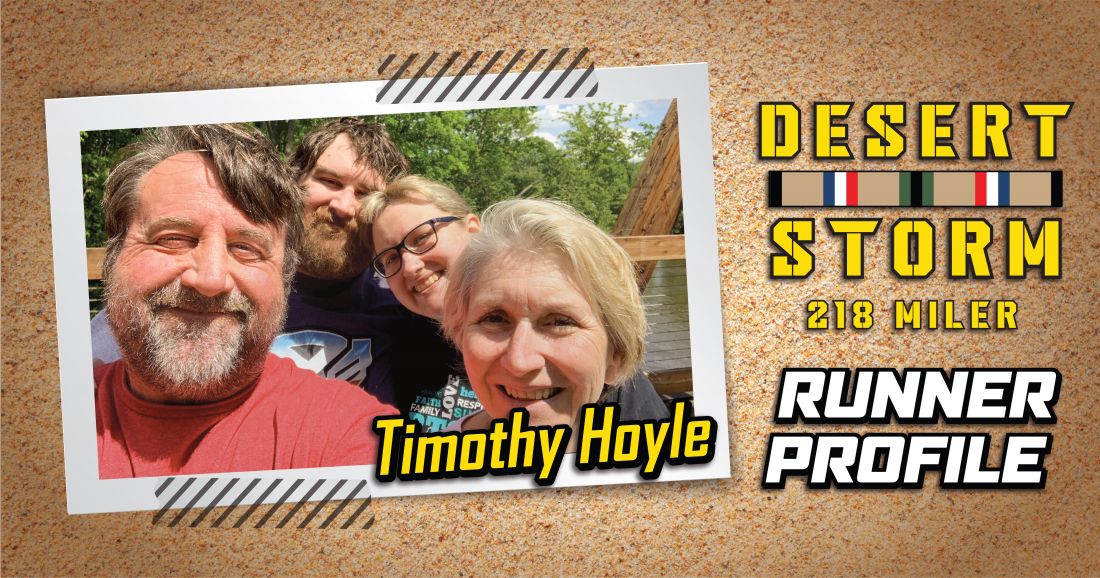 For LtCol Timothy Hoyle, USMCR (Ret.), the anniversary holds special meaning. A Public Affairs Officer (PAO) for the 7th Marine Expeditionary Brigade, Hoyle had a front seat view to Iraq’s invasion and occupation of Kuwait and even covered some of the 218 miles on foot in efforts to force the Iraqi army out of Kuwait.

“I was home on leave with my family after a three-year tour on Okinawa when Iraqis invaded Kuwait,” said Hoyle. “We raced back to 29 Palms so I could deploy with 7th Marine Expeditionary Brigade. The task force I was attached to actually marched on foot from Khafji well into Kuwait to secure breaching sites through the minefields. We covered some of the 218 miles on foot in NBC (nuclear, biological, chemical) suits.”

Hoyle enlisted in the United States Marine Corps in September 1974 while he was finishing Milford High School. After two years at Camp Pendleton, he went home to get his degree. In 1981, he graduated from Eastern Michigan University and later applied for Officer Candidate School (OCS) in 1982. By June 1983, he was headed to Quantico. After OCS, he ran his first marathon at the 8th MCM in 1983 while attending The Basic School.

Then, as a PAO at Marine Corps Air Station El Toro and later at 29 Palms, Hoyle recalled hosting no more than 40 media visitors each year. Within the first few days of Desert Shield, he was hosting media tours arranged by the Joint Information Bureau, averaging up to 200 visitors each week.

“When the ground assault started, I had an NBC network crew and an Agence France-Presse photographer,” shared Hoyle. “The week before we were watching the muzzle flashes on the horizon as the Navy fired its heavy guns into Kuwait. We moved out on foot in the night to use darkness as cover and deal with the heat. When we got to the minefields, only the NBC reporter was willing to walk through with my Marines and me. We augmented Weapons Company as they worked their way forward to clear a path. The mines were poorly laid, but the scouts were careful to probe well and mark a good path. I was proud of the way the Marines worked well together and executed a safe passage.

“When we got to Kuwait City, it was like seeing the newsreels of troops arriving in Paris after D-Day,” Hoyle continued. “People were cheering in the streets and one pick-up truck even had a picture of President Bush mounted in the back. It was incredible.” 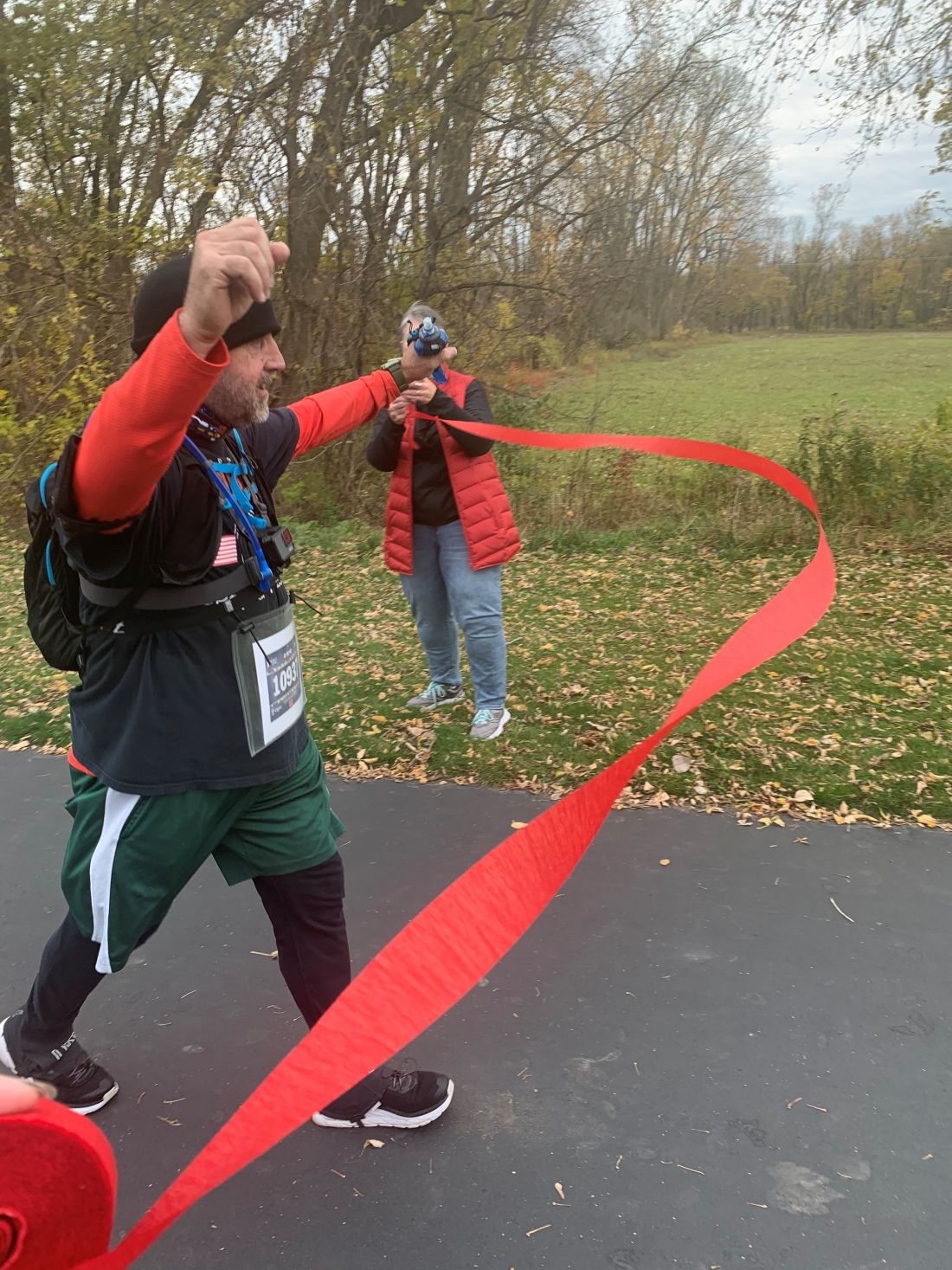 In October 2020, while completing his third MCM virtually, Hoyle found out about the Desert Storm 218 Miler and knew he had to participate. It was a chance to not only reflect on his own experiences during the war and appreciate being a part of something historic, but it was also an opportunity to honor fellow service members who were right there with him and to thank his family for their support and sacrifices.

“My wife, Jane Heaven-Hoyle, helped the other wives while we were deployed from 29 Palms,” noted Hoyle. “Later, she began working as a psychotherapist, which took her to the Veterans Affair Department where she helped many veterans, including those from the Gulf War suffering from PTSD.”

For Jane, who doesn’t think of herself as a runner, the Desert Storm 218 Miler is an opportunity to remember and celebrate the resilience of her family. “At this time in our history, that is an important attribute to remember and cultivate. It also reminds me that I’m married to a tough Marine who is the anchor of our family and who embodies all the good stuff like honesty, integrity, bravery, empathy and faithfulness that our country was built on.”

Describing the Gulf War as a difficult time for their family – they had only recently moved to 29 Palms and their son had just been diagnosed with Autism – Jane found support and comfort in the wives and mothers going through the same experience as her.

“I was basically a single mom raising a daughter who was old enough to understand why her dad was gone and what war was,” Jane Heaven-Hoyle said. “I also had my hands full with my very active 5-year-old special-needs son. Some of the other moms that I met with special-needs children were struggling too, so I helped mostly with respite for the moms. I also volunteered to gather information and write a newsletter. It was later, after we moved to Virginia, that I became a Navy Ombudsman in order to help families when their spouses were deployed.” 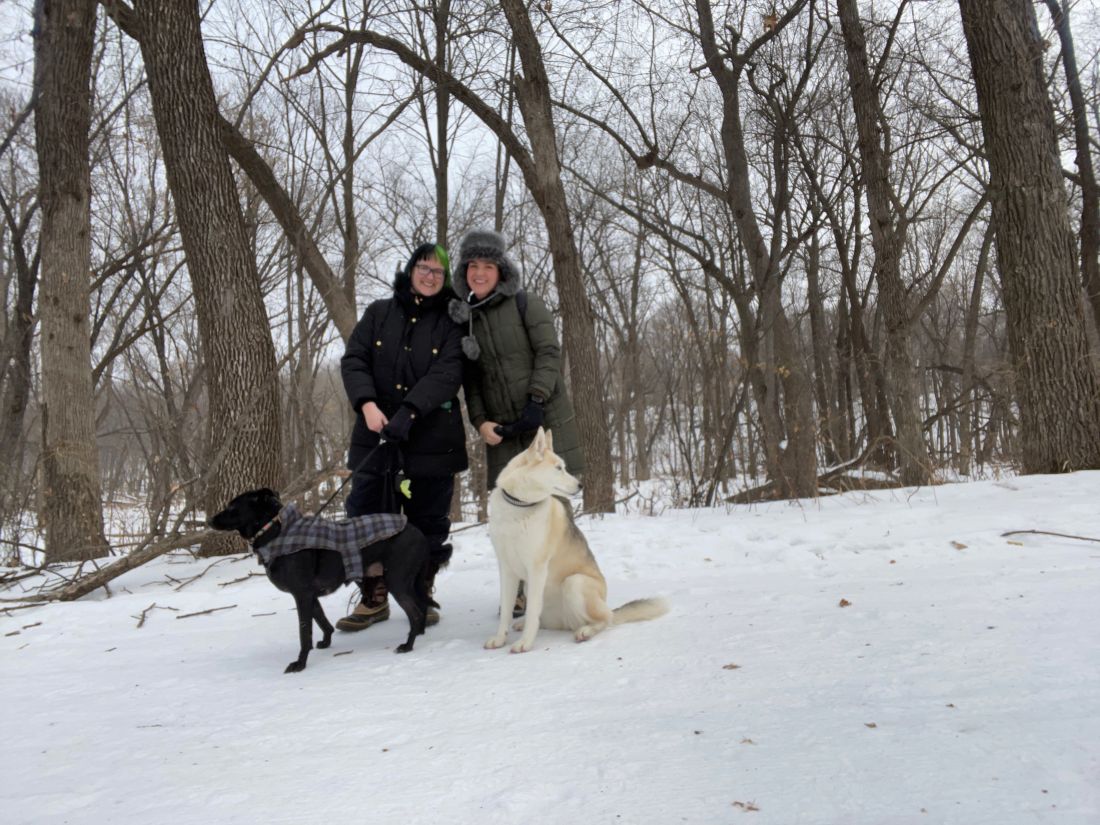 Molly and Jesse, Hoyle’s daughter and son, wrote letters to their father while he was deployed, which he said helped to keep his morale high.

“I don't remember much of what I wrote to him, but I remember he sent me recorded cassettes of him reading The Wind in the Willows,” said Molly Heaven-Hoyle. “I think my grandmother, mother and I wore out the tapes; it was so comforting to hear his voice. I remember coming home every day from school hoping he had sent a letter or postcard and when there was something, it felt like Christmas and he wasn't so far away.”

“Having Cat on the team reminds us that Operation Desert Storm was a team effort among all the services. Together, we happy few enjoy the idea of honoring those who served and trying to keep healthy in the process.”

Hoyle continues, “I hope this [team challenge] will remind us what we can accomplish together.”