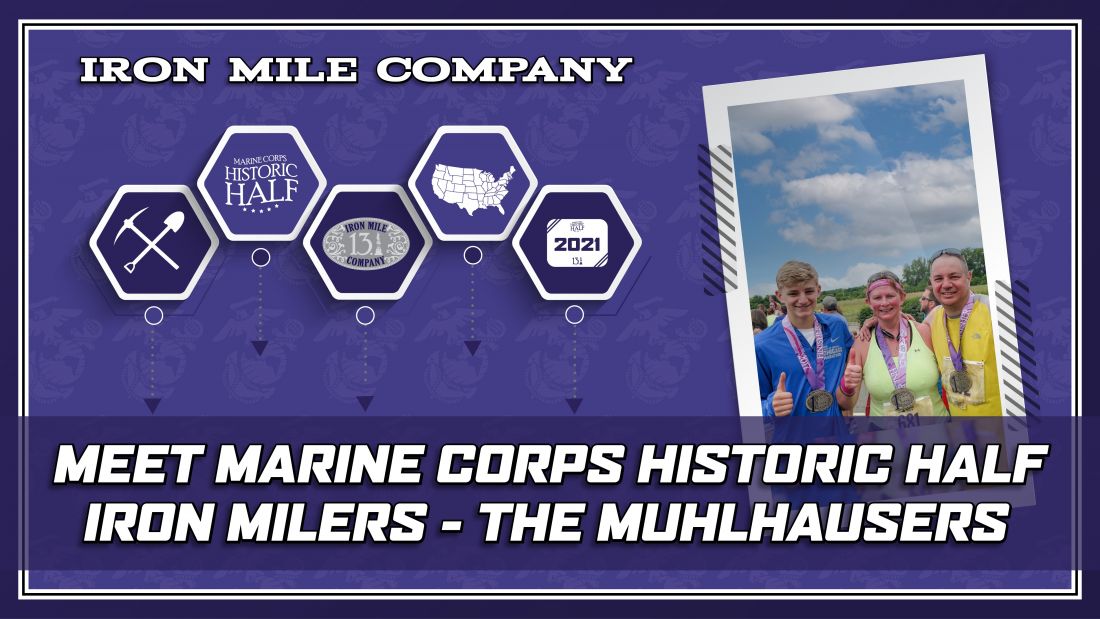 Beth and Rob Muhlhauser have been running for 30 years.

“I was inspired to start distance running after gaining baby weight," says Beth. “My first distance race was a 10-mile run, then my husband started running with me and we signed up for half marathons the summer of 2003.”

By 2007, Beth was ready to run her first marathon and chose the Marine Corps Marathon (MCM). For Rob, it was the 2010 MCM. “I've completed five MCMs and Rob has done three,” says Beth. “I just got into the Runner's Club this year and I’m already signed up for the 2021 MCM.”

According to Beth, the Marine Corps Historic Half is one of the couple’s all-time favorite events, but last year's virtual run was difficult for both. In a funk due to the coronavirus pandemic and subsequent lockdown, she cited overeating and lack of motivation to do much of anything, including training. But the Pennsylvania residents rose to the challenge with Beth finishing in 3:12:15 and Rob in 3:22:59.

“We live in an area that is even hillier than the Historic Half course in Fredericksburg,” Beth says. “But even if we had to crawl those last few miles, we knew we had to finish and keep our status as Iron Milers. Being in the Club is such an honor and accomplishment, especially as the number of members decrease every year.”

It’s also about continuing to set a good example for their son Zach, who Beth says was motivated to run track and cross country because of his parents. In fact, Zach ran his first Historic Half in 2012 and went on to run it four more times since then.

“We even told our son that if his college graduation conflicts with the Historic Half date, he has to go an extra semester because we can’t miss the event and lose our Iron Miler status,” jokes Beth, adding that the couple plans to continue running the Historic Half for the next 30 years.

The 2020 virtual event may have been hard for the Muhlhausers, but they’ve come to appreciate certain benefits and flexibility that come with plotting their own course and timeline.

“While running the race can be difficult and it may be hard to stay motivated to train and run it virtually, the sense of accomplishment after finishing makes it all worth it,” says Beth. “As much as I love all the support of the Marines and the cheering crowds along the live course, there is definitely something to be said for the feeling of pride after finishing a virtual half or full marathon, without all of the bells and whistles.”