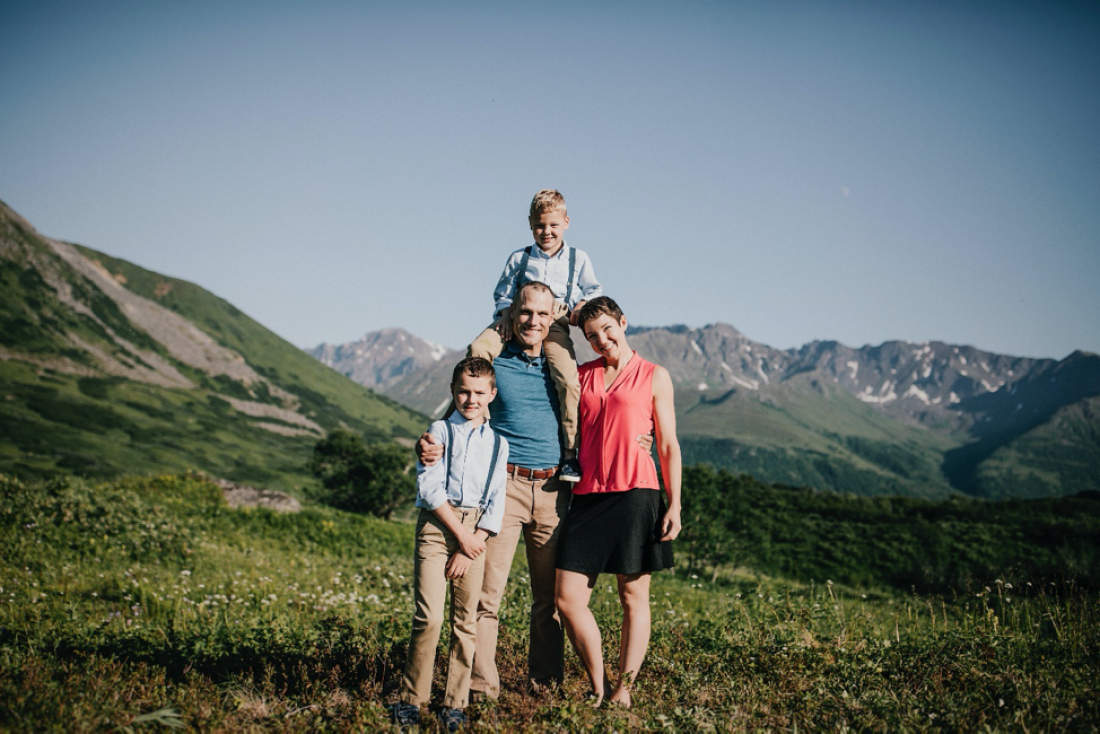 Amy Bushatz met her husband in college while he was active duty in the United States Army. They married in 2008. Originally from Santa Cruz, California, Bushatz now resides in Palmer, Alaska with her two sons and husband, who now serves in the Alaska Army National Guard. She has participated in the Marine Corps Marathon four times and the inaugural MCM50K in October 2019.

Bushatz’s training included exercising with her community of friends, husband and her pastor, who also ran during MCM Weekend. She admits it was difficult for her to train because the temperature in Washington D.C. is so stark in contrast to Alaska and forecasted heat and humidity at last year’s event would be her biggest challenge on the course. After braving torrential downpours, strong winds and yes, humidity, Bushatz completed the MCM50K with a time of 5:38:32.

In 2018, Bushatz finished her marathon holding an American flag to honor a fallen Veteran and in support of her organization wear blue. “I carried a flag for EM1 James C Mitchell Jr. He served in the Navy and died in Vietnam. At the end, I gave the flag to his daughter and she took his flag to his crash site in his memory. It was very emotional,” shares Bushatz.

Bushatz is a founding member of wear blue and has been running with this inspired group since its establishment in 2010. She describes the wear blue Mile as sentimental and “so special.”

“All the crowd noise you’d expect with 30,000 other runners becomes silence. There’s this incredibly heavy and emotional moment where you realize what these posters of the fallen service members mean and the weight of the sacrifice involved,” shares Bushatz. “Once you move through, you begin to cheer again seeing people holding the American flag. There’s not even words to describe how great that is.”

Bushatz admits that the hardest part of being a military wife is the emotional toll it can take on you and your family. Every day in the military is different and you have to understand it is a lifelong commitment. Her outlet is running.

After a decade as a military spouse, Bushatz has a few tips to share:

Marine spouses can enjoy the 24 hours of open registration for Marines and their families on February 19 to enter the 45th Marine Corps Marathon. Registration fees will be discounted for all Marines, Active, Reserved and Retired. The 45th MCM takes place on October 25, 2020.