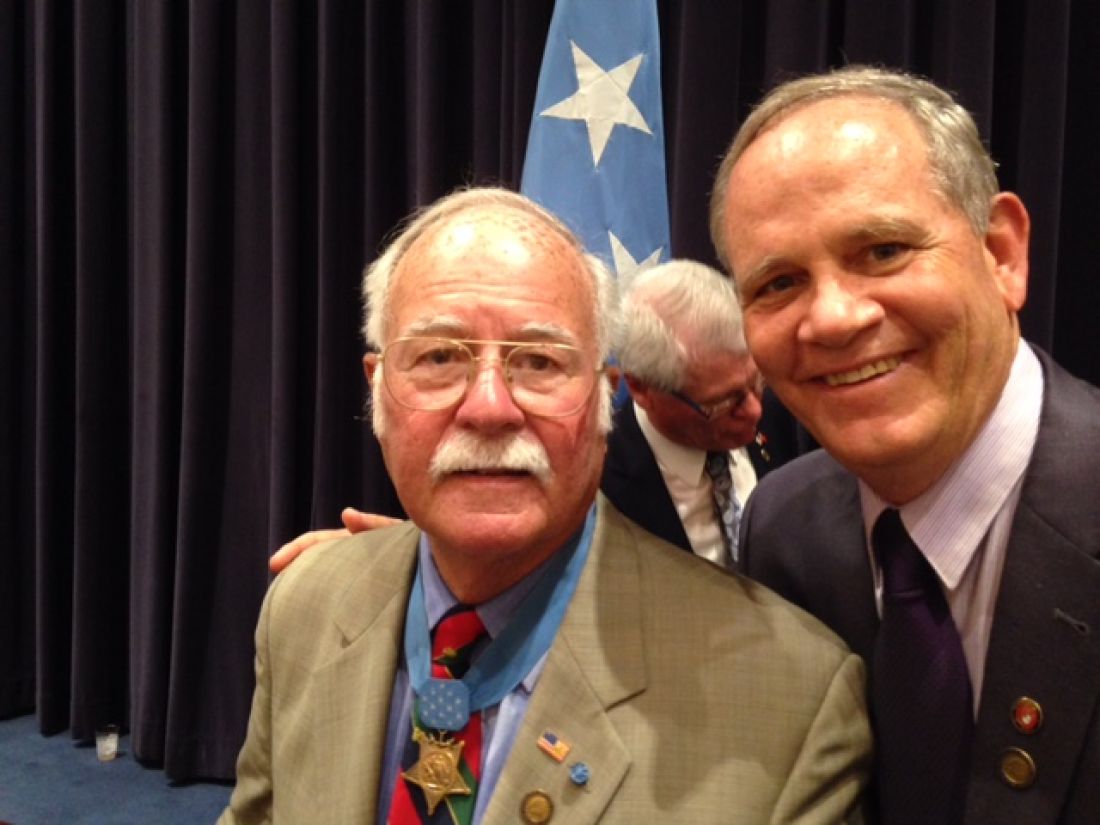 MCM Director Rick Nealis was in attendance as Medal of Honor recipient Col. Barnum was honored as the U.S. Navy's new Destroyer became his namesake in a ceremony hosted by U.S. Navy Secretary Ray Mabus. The Arleigh-Burke class Destroyer DDG124, Harvey C. Barnum Jr., is expected to be launched into the fleet in 2024. Barnum received the Medal of Honor for his heroic actions while serving with the 9th Marines in Vietnam. A member of the MCM Ad Hoc Committee, Barnum was inducted into the MCM Hall of Fame in 2006.