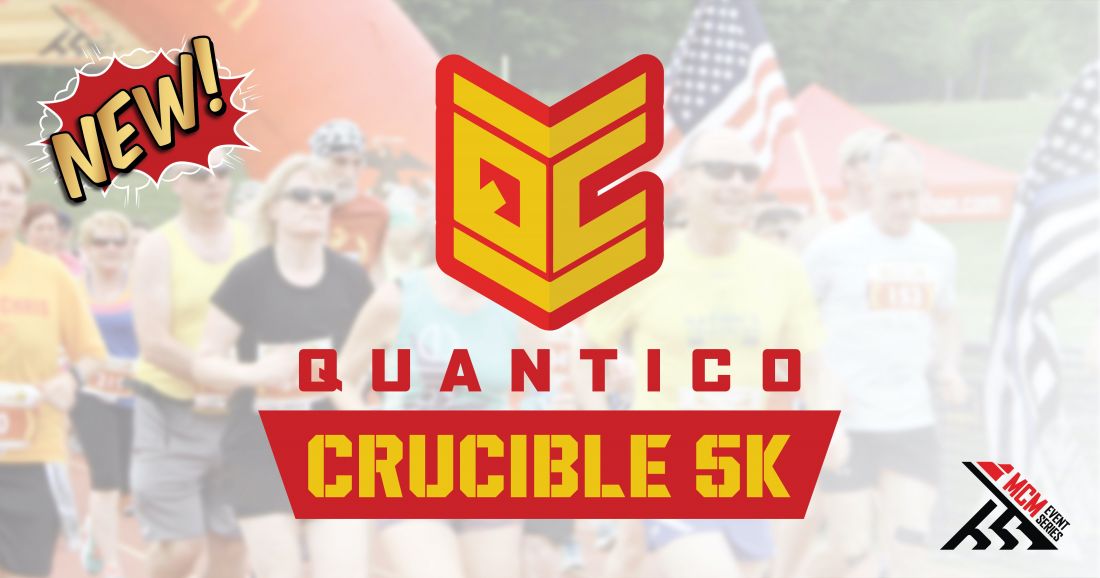 The final challenge of recruit training for the United States Marine Corps is known as the Crucible – a 54-hour training exercise where recruits are broken down into squads before facing tasks that test their physical strength, skills and the values they learned throughout training. Only those who make it through this challenge are handed their Eagle, Globe and Anchors, symbolizing the completion of the grueling journey to earn the coveted title of U.S. Marine.

In honor of this important milestone, the Marine Corps Marathon Organization (MCMO) will host the Quantico Crucible 5K on Saturday, April 17 aboard Marine Corps Base Quantico in the early evening.

The Quantico Crucible is an in-person-only event and will challenge participants ages 10 and up to run a 5K from Butler Stadium through the Base’s trails while besting three on-course challenges that could include a tire dash, hay bale and wall climb. Runners will then return to Butler Stadium to complete high intensity fitness drills such as burpees, crunches, bear crawl, overhead press, over-under, kangaroo hops and kettle bell swings. Along the way, each runner will receive a keepsake 8-pound sandbag to be used while completing some of the physical challenges. The sandbags will feature the official event logo inspired by the gold stripes on red flash as seen in the rank insignia worn on Marine uniforms.

Registration opens on January 6, 2021 at www.marinemarathon.com. For $40, participants receive the official event shirt, bib and a stunning finisher medal. The field of participants will be divided into smaller groups and runners may select from multiple start times beginning at 5 p.m.