Get Up, Get Out, Get Set and Go Race 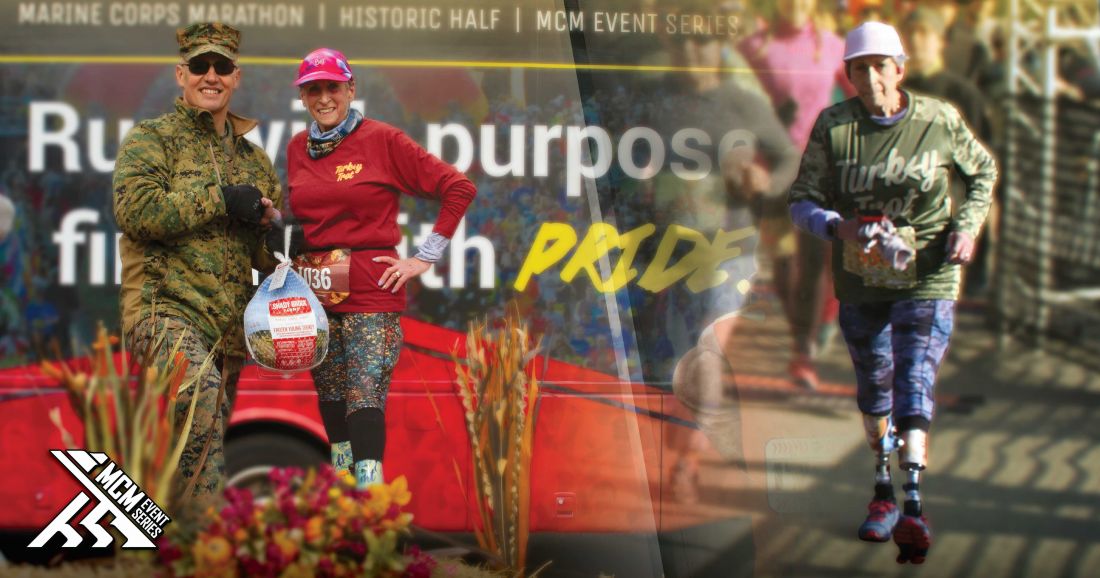 She is also a bilateral BK (below-the-knee) amputee.

In October 2017, at the encouragement of one of her friends, Golladay registered for her first running event – the Turkey Trot 10K, part of the MCM Event Series. With no prior training and no running prosthetics, Golladay successfully crossed the finish line in one hour and 50 minutes.

“Little did I know that this was the race that would begin the get up, get out, get set and go race fever,” says Golladay. And she’s been going since.

Less than a year after her first #RunWithTheMarines, Golladay received a new set of prosthetics and began honing her newfound passion. She started training with the Potomac River Running group during the week and by herself on the weekends.

“I can’t even remember how it started or why I did it,” says Golladay. “But ever since that first time I did it, I never cross the finish line without tossing my hat. I have a nice collection of hats now.”

Golladay wants to dispel the myth that there are springs in the prosthetics that give her or others an edge during a run. The reality is bilateral BK amputees “burn about 140% - 170% more energy than runners with feet” and it can take up to two hours to regain that energy post-run. They also do not have the same core balance, which can make it difficult to readjust when another runner cuts them off without warning.

“We don’t have an advantage. We’re competing just like everyone else and doing this for my own enjoyment and personal satisfaction,” Golladay noted. “I just ask that others be cognizant of our differences and practice common running etiquette.”

Her next goal is to increase her mileage and complete her first half marathon. Until then, she’s looking forward to participating in the Marine Corps Marathon Weekend by running the MCM10K in October. Registration opens for the MCM10K on April 13.