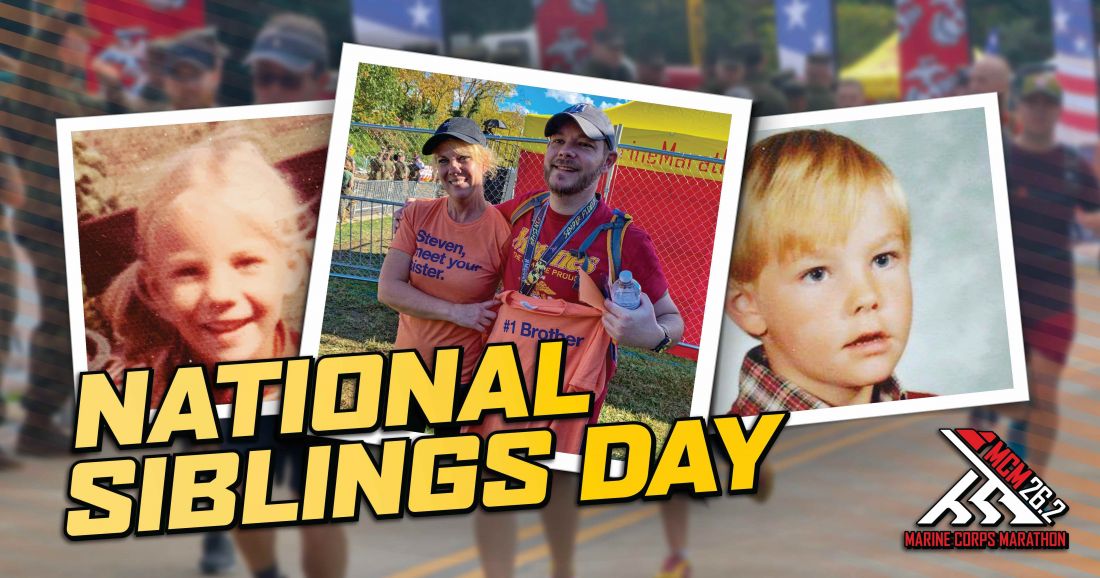 Steven Cole wasn’t looking for any new family members when he initially signed up for the 23andMe DNA test last August.

“My intention was only to ensure the shamrock tattoo on my shoulder wasn’t there just for luck, and to make sure I was not carrying any debilitating diseases,” said Cole, a retired USMC Sergeant and a senior assistant district attorney in New York.

At the last minute, he decided to opt into sharing his results with possible genetic matches and was immediately connected to a second cousin, calling into question the lineage on his father’s side. And so began a new search.

At the same time in Michigan, Lettie Hilbink received a Facebook message from her cousin suggesting that they do a DNA test together to “help complete the family tree.” Considering the request strange, she ignored it, only to receive another lengthy Facebook message a few weeks later in September with more details, including the strong likelihood that she has a brother.

“I ordered my 23andMe DNA kit that Sunday afternoon for next day delivery,” Hilbink said. “Less than two weeks later, the day after Steven’s 42nd birthday, we received the notice: ‘Half Brother – you share one parent.’”

Hilbink, 50, said the confirmation came with a mix of emotions ranging from anger towards her dad for the betrayal – she later found out he didn’t know about Steven – to amazement and gratitude to finding out she had another sibling after already losing two then finally, sadness when she realized Steven wouldn’t get to meet his dad and other half-sister.

“In one day. he learns who is father is and that he has two sisters but that dad and our sister have passed away,” said Hilbink, whose dad passed away of a heart attack in 2006 and her sister died from brain cancer in 2007. “Steven also became a first time brother, brother-in-law, uncle and great-uncle in one moment!I cannot imagine how his mind was whirling!”

According to Cole, he knew it was coming, but just getting the confirmation he had a half-sister was still a shock. “I was flabbergasted when I received the message from Lettie,” he said.

Since that September afternoon, the two have talked daily, exchanging photos and stories. They planned the first meeting for Veteran’s Weekend in Michigan, but once Cole told her he was running the Marine Corps Marathon (MCM) in October, Hilbink set out on a new and surprising plan.

Hilbink, a three-time cancer survivor, lost her baby brother John in 2012. He was an avid runner and Hilbink was there for every one of his races from middle school to his last run in 2011 before he died.

“When Steven told me of his upcoming race with the MCM, my heart fell to my gut,” said Hilbink. “[But] every part of my being knew I had to be there! I was going to see my now "Baby Brother" run his race, and he was not going to be there alone.”

So, she reached out to the MCM Organization staff to help coordinate her surprise and the team started setting things in motion. Cole was told he would be participating in a random post-event interview at the finish line and, after a long six hours on the course, he made his way to the media tent.

“At that point, Maj. Kunze started interviewing me and even as he presented me with items my sister sent me, I still did not consider that she would be around the corner,” Cole reflected. “It was shocking when I finished reading the card and she was standing right next to me.”

Cole continued, “Lettie planned this elaborate meeting and I seriously was not expecting it. As soon as I saw her, I was filled with joy that she would do such a thing for a stranger. Now that I have gotten to know my sister a little better, it is exactly what she would do.”

Hilbink noted that she was following his progress on the MCM’s Track a Runner app and went to watch him come around the last bend and up the hill to the finish line. With tears in her eyes and pride in her heart, it was all she could do to keep from yelling his name and cheering him on as she ran back to the media tent to surprise him.

“I could feel the depth of his love responding when we had our first hug! It was one of the most memorable moments in my life,” she said. “I am so grateful to the MCMO team for making this happen for us.”

Since then, Cole and Hilbink have not only visited each other’s hometowns and spent the holidays together, but they’ve also run together – although Hilbink prefers to stick to 5Ks while Cole opts for the longer distances.

Being welcomed into his father’s side of the family has been rather seamless, says Cole.

“Lettie and her family accepted me immediately. It’s almost like we were always in one another’s life prior to this. I could not have asked for a better sister.”