A Home Away From Home for Military & Veteran Families 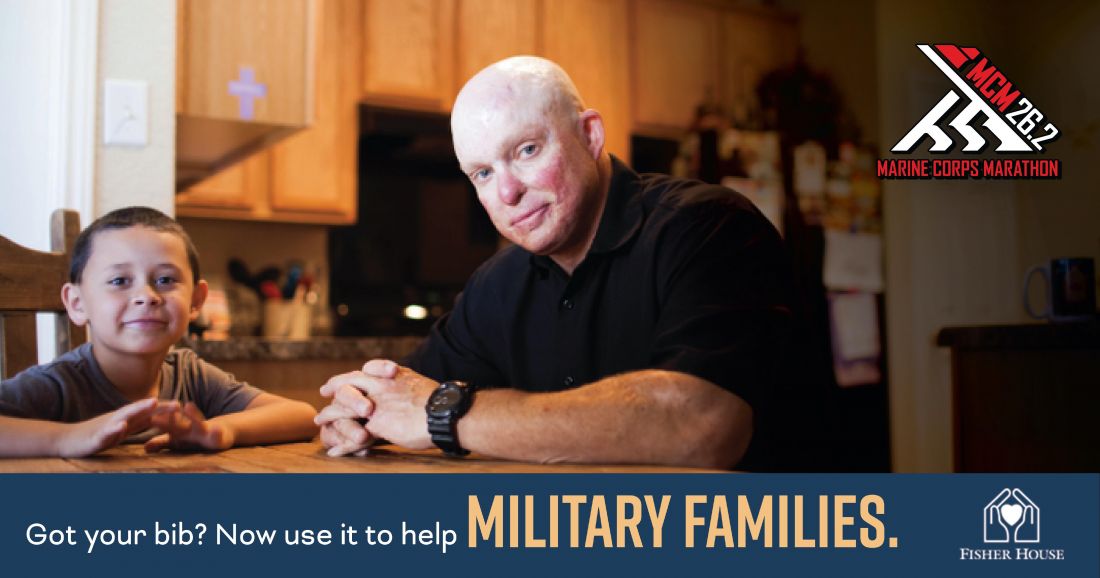 Fisher House is proud to have been part of the Marine Corps Marathon since 2006. It has been a cornerstone of the athletic event fundraising program and a wonderful way to support those that serve.

For Fisher House Foundation runners, the Marine Corps Marathon is just as much about supporting military and veteran families as it is about celebrating the storied heritage of the Marine Corps.

Fisher House Foundation is best known for its network of 86 comfort homes that provide lodging for up to 1,200 military and veteran families per night. These houses serve families like that of Marine Master Sgt. Blaine Scott.

In 2006, Blaine suffered an IED strike that caused burns over half of his body.

“I received a phone call at 8:33 in the morning that Blaine had suffered a severe injury,” Lily, Blaine’s wife, recalled in 2014. “I didn’t know how bad it was. All I knew was he was being evacuated from Iraq, stabilized in Germany, and then sent to San Antonio.”

Lily, while six months pregnant, flew from California to San Antonio to be with her husband. Blaine was still undergoing care for his wounds when Lily arrived, so Marines helped Lily check in to the Fisher House.

“Immediately I felt the warmth,” she said. “Even though I was crying, I felt comfortable and safe.”

Blaine’s recovery took 18 months of hard work. He later deployed back to Afghanistan and then was re-assigned to San Antonio where he would serve as the Staff Noncommissioned Officer in Charge at the San Antonio Military Medical Center Marine Corps Detachment, assisting wounded Marines in the same position he once was.

“These families couldn’t be here if it wasn’t for the Fisher House—financially and emotionally,” he said. “They have a home to come back to, somewhere to settle down, relax, and get back to some normalcy for themselves. I thank the Fisher House for doing that not only for my family, but for the Marines I care deeply for as well.”

The spacious, safe, and comfortable homes span the United States and are also present in Germany and the United Kingdom. Fisher House is only successful because of the people who choose to respond to the call to support our military families.