In 1976, the first MCM welcomed just over 1,000 runners to the start line. Now, after 41 years, only one of those original runners continues to participate annually in the MCM. Appropriately, this runner resides in Arlington, VA, the home of the MCM, and is a former Marine. Al Richmond is now the final member of a group of individuals who have been affectionately referred to as "the Groundpounders” for an uninterrupted commitment to participating in and finishing “The People’s Marathon.” 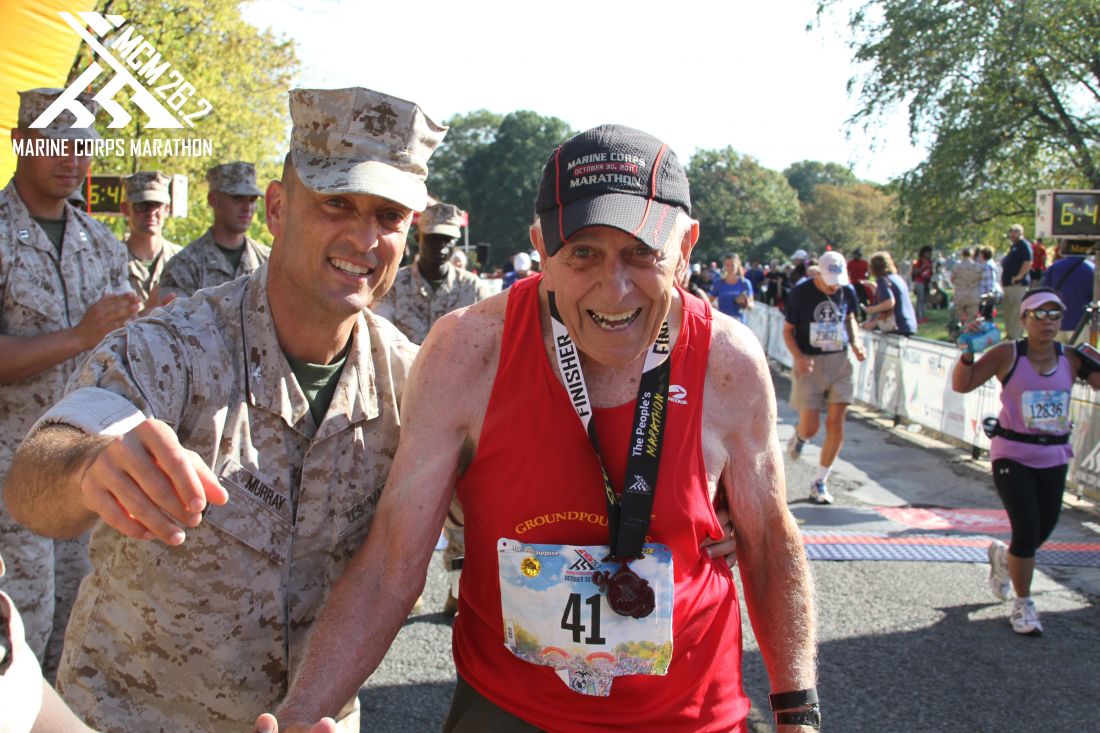 Al Richmond, 77, of Arlington, VA, began running in high school. Richmond says he disliked long-distance running, but a conversation in a locker room changed all of that. Richmond was working in the Marine Corps office that was helping put on the first ever Marine Corps Reserve Marathon in 1976. While he was working for the MCM, he never actually intended to run it. Then one day, a co-worker commented that he was going to take part in the marathon and Richmond figured that if his co-worker could do the marathon, then so could he. Richmond has completed more than 41 marathons. Richmond says the MCM is, “a personal thing, and I don’t want to be the one who breaks this streak early.”